The Naivasha wetlands, nestled amidst the volcanic mountains of Kenya’s Great Rift Valley, are dying a slow death. Concerned at the impending ecological crisis, United Nations Environment stepped in to initiate a five-year Freshwater Strategy, part of its global action plan, to protect Lake Naivasha from certain extinction.

Roughly half of the country’s 127 flower farms are concentrated around Lake Naivasha.

He said the new initiative aims to address water-related disasters and the use of integrated science-based water resources management approaches to protect, manage and restore freshwater resources.

Lake Naivasha supports a mammoth population of hippos, is the wintering ground of myriad avian species and sometimes also supports a small population of flamingos. It is a major tourism destination.

Besides, the lake is the only source of water for this town, some 90 km northwest of capital Nairobi.

Experts attribute the shrinkage and water deterioration of Kenya’s second-largest freshwater lake to pollution from pesticides, fertiliser and sewage effluents, water abstraction for floriculture, overgrowth of weeds, siltation and the mushrooming of resorts that are pushing this Ramsar-designated site towards certain death.

Imarisha Lake Naivasha Catchment Management Programme Chief Executive Officer Kamau Mbogo blamed the growing population in urban slums that are ringed around the lake for its water deterioration and shrinkage.

“The lake is now turning fast into a dump for domestic and agricultural wastes generated from business, tourism and housing within its catchment area. The deterioration started in the late 1980s. Now it’s shrinking fast and its deepest point has reduced to 18 metres (off Crescent Island),” he told this visiting IANS correspondent.

He said pollution from fertilisers and pesticides in the run-off from fields is boosting the growth of algae, which is suffocating the fish.

Over 700,000 people live in the lake’s approximately 3,400 sq km catchment area that is semi-arid with an average annual rainfall of 1,350 mm in the mountains and 600 mm on the lake’s shores.

Lake Naivasha, which almost dried up in 2010 owing to scarce rains, provides water for irrigation that supports one of the biggest floriculture hubs in Kenya that caters mainly to the European Union.
Kenya is the world’s third-largest exporter of cut flowers, accounting for around 35 per cent of all sales in the European Union.

Experts say the receding water level and rising water toxicity are posing a serious challenge to the cut-flower industry that employs tens of thousands of people.

According to the Horticultural Crop Directorate, the country’s floriculture industry, which generates 1.1 percent of GDP, earned 70.8 billion Kenyan shillings ($688 million) in 2016.

Fishermen too expressed concern over a possible extinction of the tilapia fish species due to pollution.

“Earlier we used to catch three to four tilapias in a day. Now there is hardly any catch, even for days. I don’t know where our fish have gone,” a perturbed fisherman, Paul Okello, remarked.

Growers in the region have adopted sustainable farming methods to check the lake’s deterioration.

Longonot Farm is one such in the Lake Naivasha area that introduced its own constructed wetlands — a natural system that filters chemicals from the farm and allows water to be re-used to irrigate flowers instead of ending up in the lake.

It produces around one million roses daily for export to British, European and other markets and employs 12,000 people.

The farm has also created a biogas system that uses waste biomass, rejected flowers and other agricultural produce to generate enough clean energy to power the farm and light up 15,000 homes.

It is able to produce so much energy from waste that it sells electricity to the national grid. The system also generates enough organic compost for the entire farm. 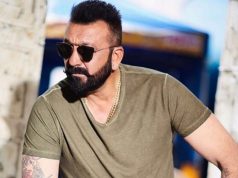 Sanjay Dutt: I have some very exciting scripts