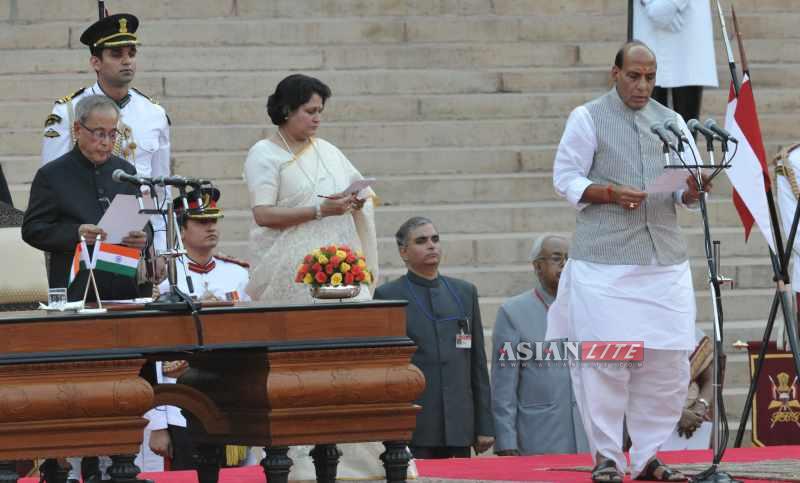 Along with Modi, a 45-strong council of ministers that included 23 of the cabinet took oath. There were seven women in the ministry, including six in the cabinet.  Prominent ministers were BJP president Rajnath Singh, the first among ministers to take oath, Sushma Swaraj, the former Leader of Opposition in the Lok Sabha, and Arun Jaitley, the former Leader of Opposition in the Rajya Sabha. Najma Heptullah is the only Muslim in the cabinet.