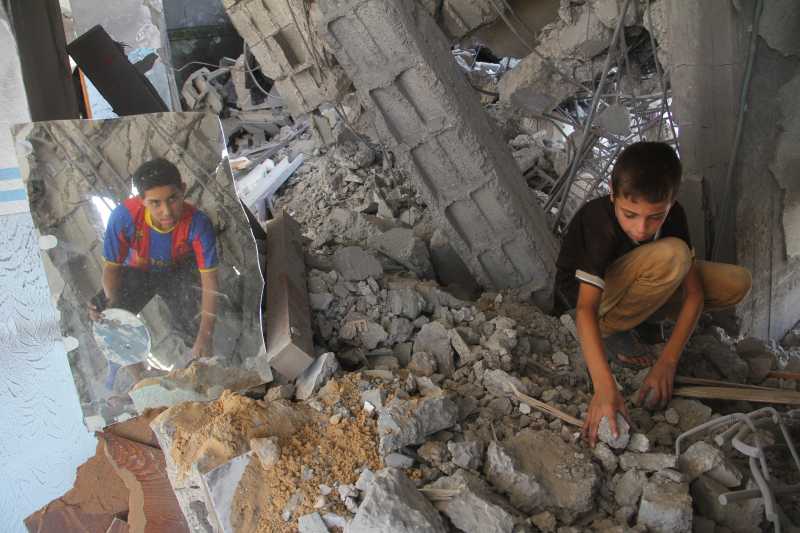 Israeli air strikes on the Gaza Strip killed at least 14 people as they continued into Thursday, Palestinian medics said. The first strike hit a coffee shop in the city of Khan Younis, emergency services spokesman Ashraf al-Qudra told Agence France-Presse, adding that six men were killed and at least 15 other people wounded. The second, in Nusseirat refugee camp in central Gaza, on the home of Raed Shalat, killed him and wounded several others, Qudra said. Further strikes on two houses in Khan Younis killed seven people – three women and four children, he said. The Palestinian health ministry put the total number who died in the two houses at eight and said they were all from the same family, with five of the victims children. Dozens of strikes were heard slamming into the Palestinian territory in the early hours of Thursday as Israel’s Operation Protective Edge, the largest military campaign against Gaza since 2012, entered day three.