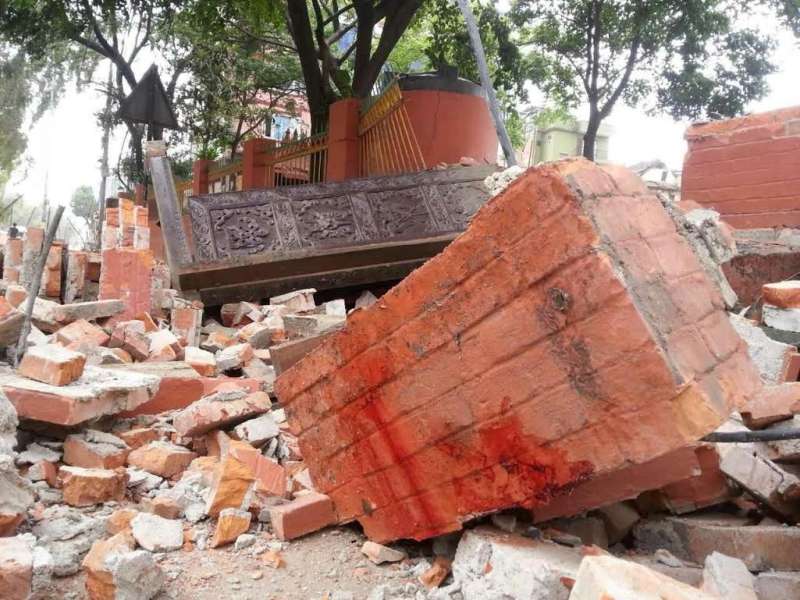 The Dharahara, a nine-storeyed 19th-century tower, collapsed here after a huge earthquake shook Nepal and caused widespread devastation on Saturday, a media report said. Hundreds of people are reportedly trapped in the debris, a posting on Twitter said. According to bloggers, the tower, built in 1832, was an iconic monument erected by Nepal’s first prime minister, Bhimsen Thapa. It was built as a military watch tower but became one of Kathmandu’s key landmarks. The quake measured 7.5 on the Richter scale, later revised to 7.9 by USGS. Half an hour later, another earthquake measuring 6.6 on the Richter scale hit 49 km east of Lamjung.