People with Type 1 diabetes walk an endless tightrope daily, monitoring their blood glucose levels and manually taking insulin by injection or from a pump. Not any more. 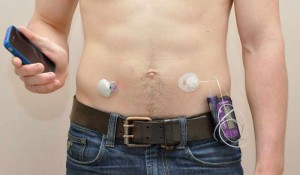 Researchers from Boston University and Massachusetts General Hospital in the US have developed a bionic pancreas that could help patients keep blood glucose levels consistent throughout the day.

People with Type 1 diabetes who used a bionic pancreas instead of manually monitoring glucose in the study were more likely to have blood glucose levels consistently within the normal range, with fewer dangerous lows or highs, researchers noted.

“The bionic pancreas system reduced the average blood glucose to levels that have been shown to dramatically reduce the risk of diabetic complications,” said Steven Russell, an assistant professor of medicine at Massachusetts General Hospital.

During the study, researchers found about 37 percent fewer interventions for low blood glucose (hypoglycemia) and a more than two-fold reduction in the time in hypoglycemia in adults using the bionic pancreas than with the manual pump.

For adolescents using the bionic pancreas, results showed more than a two-fold reduction in the need for interventions for hypoglycemia.

The bionic pancreas around the size of an i-Pod is attached to patients’ clothing with a small monitor.

The device uses a removable tiny sensor located in a thin needle inserted under the skin that automatically monitors real time glucose levels.

When the blood sugar level drops, it administers a dose of insulin.

“A bionic pancreas would function more like an automated thermostat, automatically monitoring blood glucose and delivering insulin or glucagon when needed to keep glucose within the normal range,” Russell informed.

The study was published online in the journal New England Journal of Medicine.