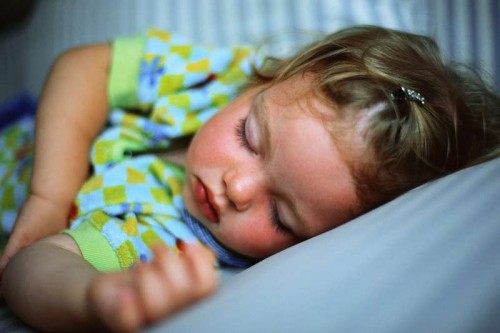 Parents who have been sleepwalkers in the past can expect their children to sleepwalk, say researchers.

A new study among children born in the Canadian province of Quebec found that more than 60 percent of children developed sleepwalking when both their parents were sleepwalkers.

Children with one parent who was a sleepwalker had three times the odds of becoming a sleepwalker compared with children whose parents did not sleepwalk.

As per the results, children whose parents both had a history of sleepwalking had seven times the odds of becoming a sleepwalker.

“These findings point to a strong genetic influence on sleepwalking and, to a lesser degree, sleep terrors,” said Jacques Montplaisir from the Hopital du Sacre-Coeur de Montreal.

For the study, the team analysed sleep data from a group of 1,940 children.

Sleepwalking is a common childhood sleep disorder that usually disappears during adolescence, although it can persist or appear in adulthood.

Sleep terrors are another early childhood sleep disorder often characterised by a scream, intense fear and a prolonged period of inconsolability.

The authors found an overall childhood prevalence of sleep terrors (ages 1.5 to 13 years) of 56.2 percent.

There was a high prevalence of sleep terrors (34.4 percent) at 1.5 years of age but that prevalence decreased to 5.3 percent at age 13.

“This effect may occur through polymorphisms in the genes involved in slow-wave sleep generation or sleep depth,” Montplaisir noted.

The study appeared online in the journal JAMA Paediatrics.