Opening up new horizons in designing drugs for Alzheimer’s disease, Indian researchers have discovered that fibrinogen, a protein that is essential to stop bleeding by helping form blood clot, may arrest the damage caused to nerve cells in the devastating neuro-degenerative disorder. 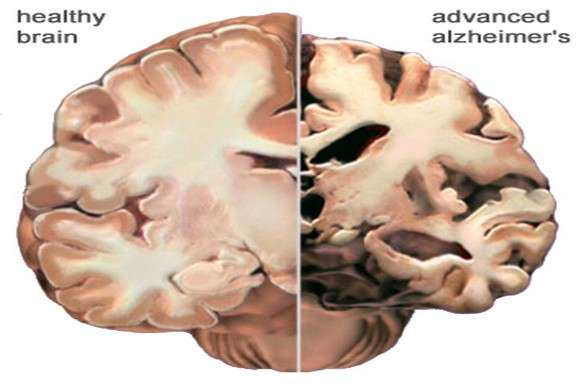 Alzheimer’s disease (AD) is characterised by extensive loss of neurons and deposition of amyloid beta peptide in the form of plaques.

The amyloid plaques that form between the brain’s neurons as it ages are toxic and hence cause the cognitive losses associated with Alzheimer’s.

“We have, for the first time, demonstrated that the cytotoxic effects of amyloid beta can be prevented by fibrinogen in a dose-dependent manner. Fibrinogen acts as a shield or antidote against its toxicity,” lead scientist of the study Debabrata Dash from Banaras Hindu University (BHU), told IANS on Thursday.

Dash said the toxic effects of amyloid beta on blood platelets as well as on neuronal cells can be significantly reduced by pre-treatment with fibrinogen.

“As fibrinogen is already known to bind amyloid beta, it can capture or sequester amyloid beta and prevent the latter from interacting with neuronal cells or platelets,” he said.

There is a catch. Fibrinogen does not cross blood-brain barrier (BBB) so this rules out the possibility of the protein gaining entry into brain and capturing the rogue amyloid beta peptides.

“But peptides or small molecules resembling parts of fibrinogen can be designed which can cross blood-brain barrier to sequester amyloid beta in brain and can act as a novel therapeutic strategy against Alzheimer’s,” Dash explained, adding this is the scientists’ future plan.

The idea posited in the study could also work in favour of advanced diagnostics.

“The peptides that we intend to use for therapeutics can be conjugated with MRI contrast agents. It might be possible to detect or image amyloid plaques within the brain of AD patients non-invasively employing magnetic resonance imaging using these conjugated peptides capable of binding to amyloid plaques after crossing blood brain barrier,” he added.