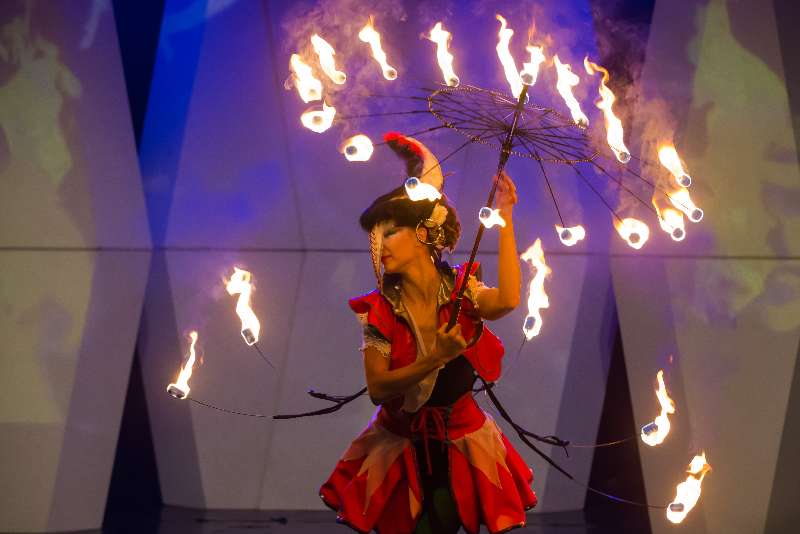 Disney India’s attempt at bringing the timeless classic story of “Beauty and the Beast” to India via a Broadway musical was a success in Delhi and Mumbai. The show’s director, Vikranth Pawar, says such “entertaining” endeavours with homegrown talent can give a fillip to the popularity of live theatre in the country.

After bedazzling the people of Mumbai by bringing the story of a girl falling for a prince-turned-beast, to life, the musical show enthralled people in Delhi last month.

“It is important to attract audience by doing work that they find entertaining like Broadway on a good scale with Indian talent. People will come to watch, they will love the presentation and then the culture of the theatre will grow with the whole process,” said Pawar, creative head and show director, Live Entertainment, Disney India.

Of course, the story was re-imagined to suit the sensibilities of the Indian audience.

“The script and the score is original, but the rest has been re-imagined by Indian talent. From the 360 degree sets with houses and cobbled streets, the script and costumes, we took the liberty to use the embroidery and embellishments which the audience are familiar with and can connect with,” Pawar said.

Pawar, who is also credited for musicals like “Jhumroo” and “Zangoora”, noted that the feedback from Mumbai’s “flabbergasted” audience took the enthusiasm on a whole new level.

“The audience in Mumbai was flabbergasted. It is a big spectacular show nothing that India has seen before and the talent exhibited is Indian as well,” said the director.

Based on the Academy Award-winning animated feature film, the classic musical love story was presented to Indian audiences on the same scale as the mega productions seen on New York’s Broadway and in London’s West End.

Directing Broadway has been a great journey for Pawar, who is in his late 30s.

“It has been a great journey so far right from the time I read the script and visualised how it can be done. Getting to do this with Disney banner is such a privilege. And for me it has been such a great experience to put out what was in my head and to get appreciated by the crew. It has been a very humbling at the same time, a very rewarding journey”.