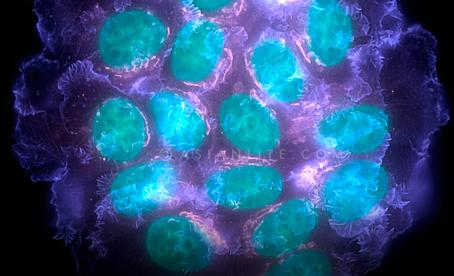 The war on cancer may never be won, warn researchers who discovered primordial cancer in a primitive animal.

“Cancer is as old as multi-cellular life on earth and will probably never be completely eradicated,” said professor Thomas Bosch from Kiel University (CAU) in Germany.

The research team led by evolutionary biologist Bosch has been investigating stem cells and the regulation of tissue growth in hydra, a phylogenetic old polyp, for many years.

“Now we have discovered tumour-bearing polyps in two different species of Hydra, an organism very similar to corals,” Bosch maintained.

This provides proof that tumours indeed exist in primitive and evolutionary old animals.

“When undertaking more detailed molecular analyses of the tumours, we found a gene that becomes active dramatically in tumour tissue and that normally prevents the programmed cell death,” explained Alexander Klimovich, from Kiel University.

“As a non-functioning cell death mechanism is also made responsible for the growth and spread of tumours in many types of human cancer, striking similarities appear here to cancer in humans,” he added.

“Our research reconfirms that primordial animals such as Hydra polyps provide an enormous amount of information to help us understand such complex problems as cancer,” Bosch noted.

“Our study also makes it unlikely that the ‘War on Cancer’ proclaimed in the 1970s can ever be won. However, knowing your enemy from it origins is the best way to fight it, and win many battles,” he added.

The study appeared in the journal Nature Communications.