Earlier this month, it was announced Disneyland in Anaheim, and its neighbouring California Adventure, were too close until the end of the month, with Disney World in Orlando, Florida implementing similar measures, reports aceshowbiz.com. 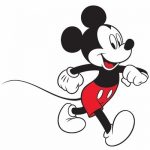 “While there is still much uncertainty with respect to the impacts of COVID-19, the safety and well-being of our guests and employees remains The Walt Disney Company’s top priority,” Disney Parks officials said in a statement, according to hollywoodreporter.com.

“As a result of this unprecedented pandemic and in line with direction provided by health experts and government officials, Disneyland Resort and Walt Disney World Resort will remain closed until further notice.”

The statement also stated that hourly employees will be paid through to April 18. It comes as Universal Studios announced earlier this week that its theme parks will also remain closed until April 19.