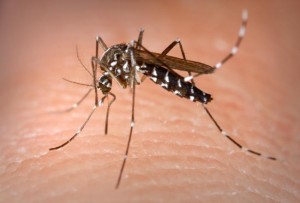 With six more people dying of encephalitis here since Saturday night, the vector-borne disease has claimed altogether 51 lives in northern West Bengal over the past 18 days, health officials said Sunday.

A concerned West Bengal government has announced a high alert in the seven North Bengal districts.

Six others, admitted with high fever at the Jalpaiguri District Hospital, have perished during the past one week, said the district hospital’s superintendent Sushanta Roy.

“They were admitted between July 13 and 20 with high fever and in serious condition. But they died soon after admission. Altogether 104 patients with high fever have been admitted during this period.

“We don’t have the facility to test whether they have encephalitis. We sent blood samples of 11 of them to NBMCH. We are yet to get the reports,” said Roy.

Health officials and ministers will meet at the state government’s branch secretariat Uttar Kanya in neighbouring Jalpaiguri district Monday to discuss the sudden outbreak of the disease.

Appealing to the people to remain alert and take necessary precautions, Deb said a separate fever clinic has been set up at the NBMCH for the outdoor patients.

Sarkar said this year 320 patients have so far been admitted to the NBMCH with Acute Encephalitis Syndrome. Of them, at least 80 have died. The figure includes 15 who died of confirmed cases of Japanese Encephalitis.

Encephalitis is a disease that results in inflammation of the brain. The patient’s central nervous system is affected.

While the lesser symptoms include headaches and fevers, the more severe ones cause the onset of mental issues like seizures, confusion, disorientation, tremors and hallucinations.

It can be caused due to bacterial or viral infections of the brain, injection of toxic substances or increased complications of an infectious disease.