While the word “biopsy” is enough to send patients into a tizzy, oncologists say it is crucial to correctly identify the cancer stage and “faster growing” ones for appropriate and timely treatment. And to ensure accuracy, researchers in India are now turning to artificial intelligence (AI)….writes Sahana Ghosh 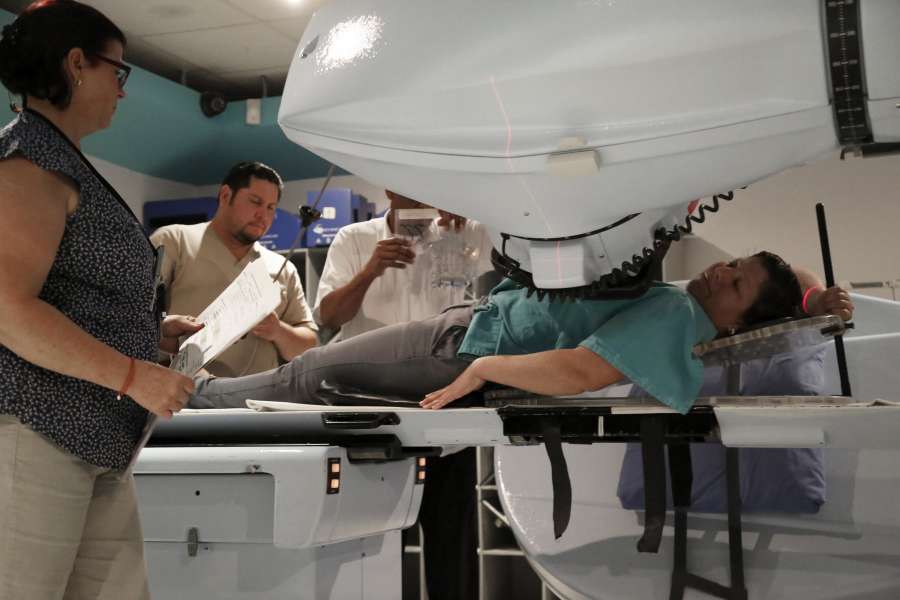 A team of experts from IIT-Kharagpur (IIT-Kgp) and Tata Medical Centre (TMC), Kolkata, has devised a computer-assisted model they say can automatically grade breast cancer aggressiveness, even in remote settings, providing fresh impetus to AI-based medical technology in India.

It also seeks to reduce human error in identifying breast cancer of various levels of aggressiveness to assist in distinguishing normal and low and higher risk malignant tumours.

To do that, the team tapped into deep learning, a form of AI concerned with algorithms inspired by the structure and function of the brain called artificial neural networks.

“The idea is to assess and identify the cancer that’s of high risk. This software allows accurate identification of the aggressive cancers anywhere, even in the remotest part of the country, allowing faster referral and quicker treatment for patients, irrespective of their geographical location,” Sanjoy Chatterjee, senior clinical oncologist at TMC, said.

Chandan Chakraborty and Monjoy Saha of IIT-Kgp and TMC’s Indu Arun and Rosina Ahmed are the co-authors of the study, published in Nature Scientific Reports in June.

They were driven by the fact that the precise grouping of aggressiveness (high or low rates of cell growth) of breast cancer remains a challenge at a time when the disease is the top cancer in women worldwide and is increasing, particularly in developing countries like India, where the majority of cases are diagnosed in their late stages.

“For best results, it is always desirable to have experienced pathologists in sophisticated laboratories, but it is also important that we recognise that this is not always feasible, especially outside large urban hospitals,” Ahmed pointed out.

The clinical decision on breast cancer aggressiveness is mostly made manually based on certain pathological markers as seen in examining a tissue or cell sample under a microscope (called biopsy), they said.

“The manual assessment is subjective, and could be error-prone with a steep learning curve and dependent on the intra and inter-observer ambiguities. The AI algorithm aids pathologists to identify aggressive forms accurately to allow quicker and faster referral and suitable treatment,” said Chakraborty, lead researcher and professor-in-charge of the Biomedical Imaging Informatics (BMI) Laboratory, School of Medical Science & Technology, IIT-Kgp.

The software showed over 90 per cent precision in the experimental set-up, he added.

The application revolves around a protein (or marker) called Ki-67 which is used to calculate an index that groups cancers in the “low” or “high” aggressiveness groups.

The Ki-67 globally-approved index is used to help predict outcome (prognosis) and help figure out what treatment might work best, they say. It is increasingly being used by doctors to reflect cancer behaviour.

“The proposed computerised recognition can precisely measure the Ki-67 score by detection of the faster-growing cancer cell percentage, called hotspots, from the biopsy tissue images.

“The software has been standardised. As soon as the pathologists get the biopsy, all they have to do is make a section, grab an image and put in the computer,” Chatterjee explained.

“To get the job done faster, a basic set up requires a GPU (graphical processing unit) to compute the images.

“There is no need for expensive infrastructure. Moreover, in the rural and urban areas with minimum or few advanced instrumentation, manual inspection of Ki-67 scoring may provide results which are error-prone,” Saha, research scholar, School of Medical Science and Technology, IIT-Kgp, said.

The study notes: “Several machine learning approaches have been reported; nevertheless, none of them had worked on deep learning-based hotspots detection and proliferation scoring.”

“The next phase of the study is validation. The clinicians and the pathologists are going to recruit patients and we will treat them depending on what the pathologists say. We will tally the results from the software as well as from the pathologists, so the discordant rates are pretty low. Then we can release the process for clinical use,” added Chatterjee.