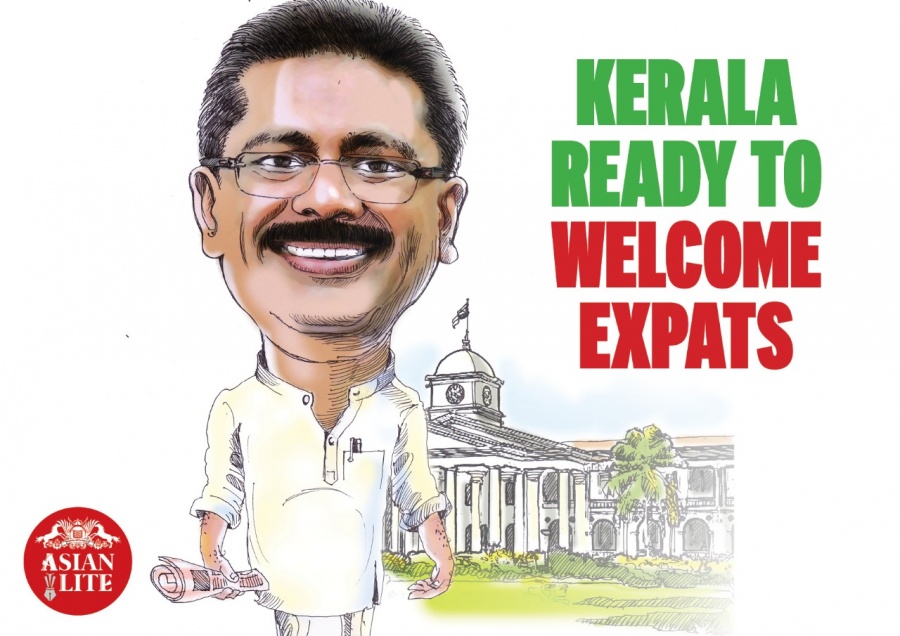 KT JALEEL, Kerala Minister: Whatever may be the numbers, we are ready to receive them and follow the accepted protocols that would be in place, once they return. Everyone would be screened and those having no symptoms would be sent home and would have to remain under isolation, others who have symptoms would be quarantined under the present medical guidelines.

The south Indian state of Kerala is gearing up to greet their expat citizens. The government under the leadership of Mr Pinarayi Vijayan is providing an exemplary service to Keralites to tame the disease.

As the Centre government considering to repatriate the Indian diaspora who wish to return to Kerala, the state government is now on war foot to accept the returnees.

State Minister for Higher Education K.T. Jaleel on Saturday told the media that one lakh of people are likely to return.

“Whatever may be the numbers, we are ready to receive them and follow the accepted protocols that would be in place, once they return. Everyone would be screened and those having no symptoms would be sent home and would have to remain under isolation, others who have symptoms would be quarantined under the present medical guidelines,” said Jaleel.

According to studies there are an estimated 2.5 million Keralaites, 90 per cent of them in various Middle East countries and the rough estimates of the state government say around 3 to 5 lakh Keralaites are likely to return, once the air services will commence.

The state government has said it has various hostels, hotels, halls, private hospitals with accommodation facilities besides floating houseboats at Alappuzha, ready to keep them.

While many of these corona care centres would be operated for free, those who wish to have better facilities and more comfort, will have to pay for it.

The Kerala government on Tuesday issued an order asking all the Kerala diaspora who wish to return to the state once flights resume to register on the Norka-Roots website. According to rough estimates as and when the airports are open, about 3 to 5.5 lakh Keralaites, mostly from the Middle East, are expected to return in one month’s time.

A month after the lockdown, Kerala Finance Minister Thomas Isaac on Saturday said that the state has been reeling under huge financial crisis as all what the state government could raise in April was a mere Rs 250 crores.

“If we include what the Centre would give is in all we will be able to touch Rs 2,000 crores. For payment of salaries along we require Rs 2,500 crores,” said Isaac to the media here.

“Then a way out is to draw from the Ways and Means and including overdraft it will come to Rs 2,500 crores. After that what happens would be, the treasury would be closed. Such is the situation that we are in,” the Finance Minister said.

Isaac was peeved in the way the various staff organisations attached to the Congress-led UDF strongly opposed the suggestion that he put forward by requesting all state government employees to contribute one month’s salary to the CM Covid Relief Fund.

“We are at a loss to gauge the mentality of such people who opposed our request. We demanded it, so as to help our people who are suffering. Since they have opposed, we could not go forward with it. Hence we have decided to cut the salary of all and it would happen from next month, when six days salary every month will be cut for five months,” said the economist turned Finance Minister, Isaac.

“We have decided that this is the only way out and we will collect that money and the state government can always contribute to the CM’s fund. This money would be used for the needs of the sufferings. We will repay the money,” he added.