The US has recorded nearly 1,500 coronavirus deaths in a span of 24 hours, the highest number of fatalities registered in a day globally since the pandemic began last December, it was reported.

According to figures from the Washington-based Johns Hopkins University’s Center for Systems Science and Engineering (CSSE), 1,480 deaths were recorded between Thursday and Friday.

As of Saturday morning, the US has registered 7,152 coronavirus deaths, with New York, the epicentre of the pandemic in the country, accounting for 1,867 of the total count, the CSSE figures showed.

The US also has the highest number of coronavirus cases in the world at 277,953.

New York accounts for 102,863, while other states with over 10,000 cases include New Jersey, California, and Michigan, Xinhua news agency reported citing the figures.

US President Donald Trump announced new guidelines on Friday recommending that Americans wear face coverings while in public to battle the spread of the coronavirus pandemic but made it clear that he is “choosing not to do it”.

“It’s a recommendation. It’s voluntary. I just don’t want to wear one myself”, Trump said, reflecting the mood of the fairly long drawn debate on the subject at the highest levels of the US government.

The COVID-19 has sickened more than 2,70,000 people in the US and killed more than 7,100 in barely a month since the first death was reported from the West Coast. Most of the dead are in New York City, where hospitals are simply overwhelmed by the surge.

The New York metro area remains the epicenter of the outbreak in the US. Its high population density, tourist traffic in the early months of the year before border controls kicked in, and surface transmission from a robust public transport system have been cited by public health experts as crucial ingredients of the virus’ deadly blow.

Facing severe shortage of intensive care equipment, New York Governor Andrew Cuomo is taking one of the most aggressive steps yet in the US battle against COVID-19. Cuomo said he would sign an executive order to take ventilators that aren’t being used.

Cuomo has said New York could run out of ventilators next week. Louisiana’s governor said New Orleans could be down to zero supply by Tuesday. Global shortages of masks, gowns and ventilators have led to intense competition among buyers from all over. 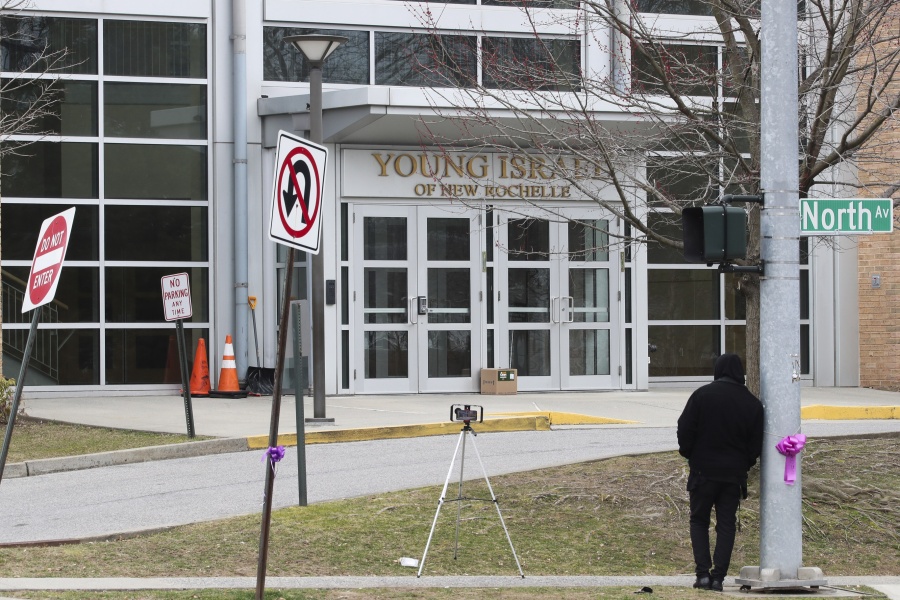 The race is on to find a vaccine, but America’s leading scientists say a breakthrough is at least 12-18 months away. Social distancing guidelines are in place but compliance differs across state lines.

The new guidelines on face coverings from the Centers for Disease Control and Prevention (CDC) come basis evolving research that indicates pre-symptomatic and asymptomatic spread of the virus.

The CDC is recommending wearing cloth face coverings in public settings like grocery stores and pharmacies where other social distancing measures are difficult to maintain.

The guidance especially applies “in areas of significant community-based transmission.”

CDC and the White House task force are underlining that home made face masks are an additional and “voluntary” measure that run in parallel with the social distancing guidelines already in place since March 16.

US guidelines currently in place recommend staying at home, keeping at least 6 feet distance from others, frequent hand washing and not touching your face.

The US surgeon general who had asked people to “stop buying masks” today explained the new guidelines are part of the “evolving” recommendations.

Trump’s comments come on the same day that First lady Melania Trump tweeted endorsement for the new guidelines and urged everyone take social distancing and wearing a mask or face covering “seriously”.

White House coronavirus task force co-ordinator Dr. Deborah Birx said early and effective social distancing compliance in California and Washington State have controlled the outbreak in those states. “We do see that their curve is different,” she said.

“Their curve is different from New York, New Jersey and Connecticut. And we really believe that the work that every citizen is doing in those states is making a difference.”

Birx said Chicago, Detroit, Colorado, the District of Columbia and Pennsylvania are all floating into view as new areas of concern.

America’s COVID19 hotspots New York and New Jersey, are reporting 35 percent of their tests are positive. Louisiana follows close behind with a 26 per cent positive rate. Michigan, Connecticut, Indiana, Georgia and Illinois are at 15 per cent while Colorado, Washington DC, Rhode Island and Massachusetts are all at 13 per cent.

This week, the Trump administration revealed for the first time multiple predictive models that are being used to estimate its grim assessment of a 1,00,000-2,00,000 coronavirus death toll in the country. The 1,00,000-2,00,000 death toll projection “assumes full mitigation measures” currently in place, according to America’s top doctors leading the White House task force.

The world’s top pandemic experts are saying the outbreak in the US is unlike anything they have seen before.

“There’s no magic bullet. There’s no magic vaccine or therapy. It’s just behaviours. Each of our behaviours, translating into something that changes the course of this viral pandemic over the next 30 days”, Birx has said repeatedly.

The 1,00,000-2,00,000 death toll projection “assumes full mitigation measures” currently in place, according to the White House task force. The current guidelines stop short of a complete lockdown, still allowing people to go outside the home for solitary activities and for essential tasks.