The strokes of his cinematic paintbrush filled up the black and white canvas of “Roma” with the colours of universal emotions in an evocative narrative set in 1970s Mexico, and it is winning hearts all over. Mexican filmmaker Alfonso Cuaron, whose latest film has been sweeping awards one after another, says accolades for a movie such as “Roma” mean a lot for the increasing dialogue on diversity…writes Radhika Bhirani

After a slew of honours and critical acclaim at international film festivals, “Roma” registered a twin win at the Golden Globe Awards over the weekend, and has scooped up seven nominations for the British Academy of Film and Television Arts (BAFTA) Awards 2019.

It’s an Oscar frontrunner in the Best Foreign Language Film category, and the international media is abuzz that it may well change the Academy Awards’ 90-year history by becoming the first non-English Best Picture winner. But the wait for Oscar nominations continues.

Awards, to Cuaron — who broke ground as the first Mexican filmmaker to win the Best Director Oscar for “Gravity” (2004) — as such “mean nothing in the context of history”.

“Some movies, they are not recognised and later they become masterpieces. Or some films win many awards and are forgotten three years later.

“But when a film like ‘Roma’ is recognised for awards, I feel the importance of that is to open the dialogue for diversity… Diversity in which people are open to embrace a human experience even if it is shown in the form of other people that aren’t like you,” Cuaron told IANS in an exclusive interview over phone from Singapore.

In “Roma”, titled after a Mexican neighbourhood, Cuaron dives into his childhood to dig deep into memories of being brought up by powerful women — a strong mother and a selfless nanny — in an upper class home, amid politics, social unrest and personal crisis.

Yalitza Aparicio’s character — a fluid performance — as a live-in housekeeper in the film has been modelled on Cuaron’s real-life nanny Libo Rodrï¿½guez.

It’s a very personal tale for Cuaron, but one he knew would strike a chord universally — something that streaming platform Netflix has amplified since releasing it in mid-December last year.

He said whether it is the US, Mexico, India or Europe, “they have this uncompromising relationship between social class and race”.

Yet, at one point, he said, he felt the story of “Roma” was “so specific that it was not going to transcend”.

“But after the release of this film at the Venice Film Festival, I was very happy and surprised to see how emotionally the audience reacted to the film. When the film went around the world and people saw it everywhere, then it was like one of those things that you write about your little village and you’ll be writing about the world,” said the widely lauded director of films like “Harry Potter and the Prisoner of Azkaban” and “Children of Men”.

As a storyteller, Cuaron has straddled different genres and even time zones. While for “Roma”, he went back in history, for “Gravity” he explored outer space, and for “Children of Men”, he went into fast forward mode to 2027.

Following a set path is not his cup of tea.

“Well, I don’t do things based upon a career. I do things based upon what I need to do, what I feel like I have to do. And in this case (‘Roma’), it was necessary for me to come to terms with who I am from the standpoint of who I was and where I come from. I needed to reconnect with my roots.

“Yes, when I was in the process of making this film, people in Hollywood told me it was a very bad career move because I should have gone for a bigger film. But again, I never do things for my career. I do what I do because I love what I do.” 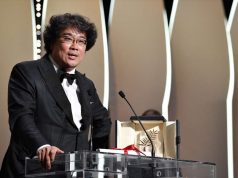