“They were all so fun. Some of my favourite days were doing fight sequences because it was this new skill I was learning.

“It’s very satisfying in a way that making art isn’t always that satisfying because it is upto your interpretation constantly. You’re doing this scene with someone, and you’re constantly like ‘should I edge over this way or that way’.

“But with a fight sequence, it’s very clear cut that there’s a right and a wrong way to punch, and that’s it. So then you can go home feeling satisfied because there’s a target and you hit the target,” said Larson, who was here for an Asia press meet.

Dressed in a soft and subtle dress, but sporting a strong demeanour, the “Room” actress spoke candidly about how in an attempt to embody “female strength”, she underwent nine months of training to test how strong she could get.

“For me, it’s all about bringing in all my experiences which allow me to confront myself with all the real things… I went on this path of training every day for nine months to see what makes me strong.”

It was life changing for Larson, who has become the first to lead a female superhero in the Marvel Cinematic Universe.

“It changed my mind, it changed the way I view the world, especially martial arts. It is crazy how differently you tend to view the world… It’s weird that once I started doing more judo, I would be like ‘That guy has a jean jacket on, I could totally throw him right now’,” she joked, eliciting laughter from the crowd of journalists.

What Larson realised in the course of playing Captain Marvel is: “There’s something about pushing yourself beyond a threshold that’s comfortable and then going a bit further than that.

“I was lucky to have a good trainer. It was these moments of that breakthrough, of going through beyond what you thought would be possible, what you thought your body isn’t capable of doing.”

If she was given a chance to feature in “Captain Marvel 2”, which superhero would she like to pick?

Larson said: “My dream would be that Miss Marvel gets to come into play in a sequel.” 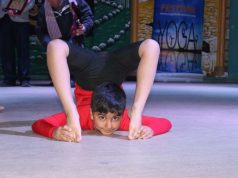 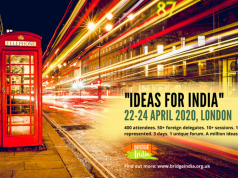 Ideas For India Conference in London on 22-24 April 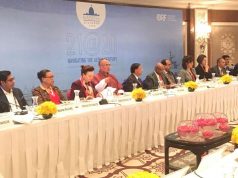