The “Keeping Up With the Kardashians” star hit out at critics on Twitter after sharing a revealing selfie, saying that they are “wasting their time in doing so”, reports femalefirst.com.

Khloe had recently posted a photograph of her torso and the top half of her bottom while laying in bed in a Calvin Klein bra and jogging bottoms.

The 31-year-old followers had a lot to say about the image and she was clearly unimpressed and slammed those who wrote the harsh comments.

In a series of tweets, posted on Saturday evening, she wrote: “It is 8:30 a.m. on Saturday morning and people still have something negative to say. I guess negativity never sleeps huh?!”

“You know if you don’t like something you don’t have to look at it, right? Let alone waste your energy to comment. Thirsty, thirsty, thirsty… Anyways… Shout out to all the real ones who uplift! I love and respect you all! Stay shining (sic).” 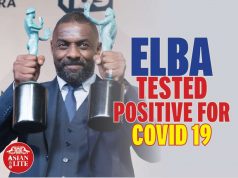