“The Indian men’swear market will soon change because of a lot of new brands coming in the market,” said Gordon Richardson, creative director of British brand TOPMAN. A special report by Nivedita 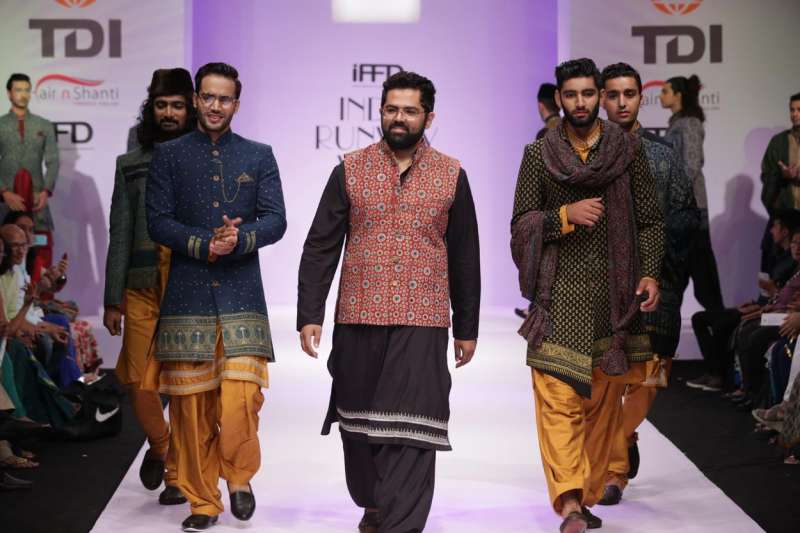 The women’swear market in India is huge compared to men’swear fashion but with the arrival of international brands, there will be a subtle change in the way the “not of fashionable gender” dresses up, says Gordon Richardson, creative director of British brand TOPMAN.

“I think the Indian men’swear market will soon change because of a lot of new brands coming in the market. This makes people aware about the fashion trends and will influence people to experiment. There will be subtle changes that you will see soon and it will change quite a lot of things about men’swear market,” said Richardson, who was in Delhi for the launch of the brand’s first Indian outlet.

TOPMAN, the brand that focusses on the men’swear segment, is the latest international brand that has made its foray in India through e-commerce platform Jabong.com.

The brand so far has 256 stores in Britain, with a further 154 international franchises operating in 39 countries. It has dedicated transactional platforms for Britain, the US, Germany, France and the four largest Asian markets of Singapore, Malaysia, Thailand and Indonesia.

The decision to open shop in India was driven by the prevalence of “an immense market, predominantly for casual wear and particularly in Mumbai.”

Richardson also said that given India’s majorly young population, it’s fast turning out to be a hub for fashion brands.

“Youth and fashion market go hand in hand. I feel that the country has great interest in fashion and it’s getting more accessible. I think everyone in the country wants to look European and is open to explore global fashion. Hence the international brands are coming here,” he said.

For TOPMAN, Richardson is also open to draw influences from Cashmere fabric and colours from India in the days to come.

“The exchange of fashion between Indian and international brands is the only way to keep fashion alive. There is a lot of diversity happening when it comes to fashion and we usually call it a fusion. I think Indians understand culture but in the same way, they take references from worldwide community and take relevance from that,” he said.

For the ultra fashion conscious, he has a word of advice.

“If you are a slave to fashion, then you can get it wrong . It doesn’t mean that you can’t wear fashion. Don’t feel that you have to wear something that is all branded to make you feel fashionable. Fashion goes beyond that and I think it’s all about mixing high street and designer brands together,” said Richardson.

He suggested that fashion is best when it’s simple, stylish and true to one’s identity.

“Don’t start wearing printed shirts if you have never worn one. TOPMAN as a brand makes simple clothes fashionable and this is what I suggest,” said the creative mind, adding that “cinema has played a huge role in influencing his designs”.

“I do like old film stars. I haven’t seen Bollywood films yet but I love the romanticism of films. I love the elegance and the escapism of films and I think fashion is all about escapism.