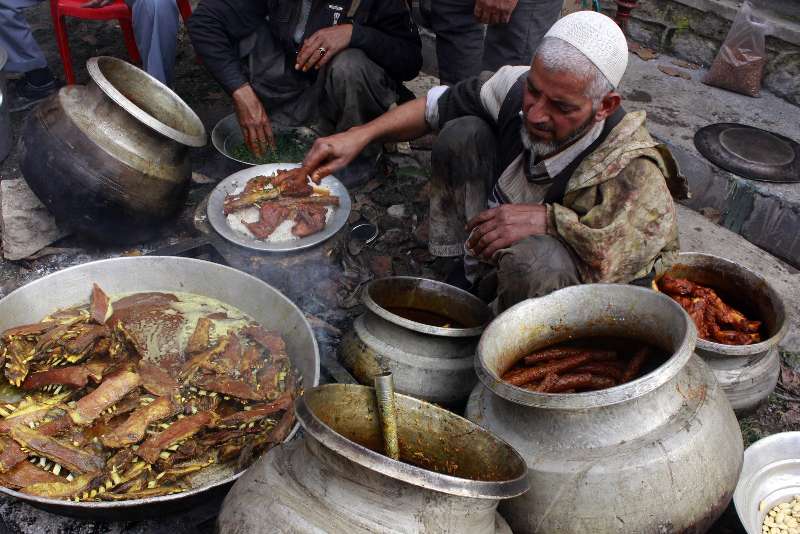 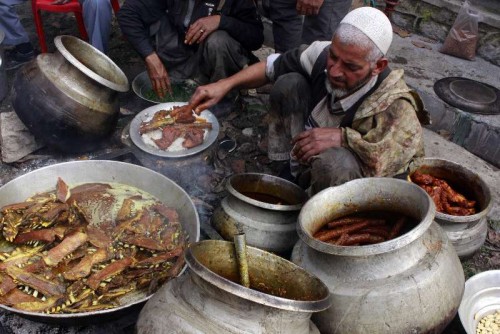 When Scottish journalist Pamela Timms came to India in 2005 with her husband and her three children it was meant to be a short trip for her. But they settled down in Delhi, where her husband is now the South Asia editor of London’s Telegraph newspaper.

Desperately seeking a way out from boredom and tedious routine, she started wandering around Delhi and ended up falling in love with the city’s old quarters, which later became her regular escape from the hullabaloo of her surroundings.

The lanes of Purani Dilli gave her the solace which she probably failed to get at her south Delhi residence. As she became frequent and familiar with the walled city, she was amazed at the variety of food and eateries. And there, she decided to pen down her gastronomic experience.

The book titled “Korma Kheer and Kismet, five seasons in Old Delhi” (Aleph Publication, Rs 395), which took two years to complete, explicitly speaks of her experience across the chaotic and medieval gullies. The book does not suggest fancy food joints or restaurants. It is a food memoir.

“I can hardly believe it has been almost a decade in Delhi with my husband and children”, Timms told IANS, adding she plans to return to Edinburgh in Scotland at some point.

Timms, who is currently associated with LiveMint and writes about food, is also regular with her “Eat and Dust” blog that reflects her love for food.

“I have always been obsessed with food. I grew up in a family which believes in the importance of eating well. I believe food is what binds people together,” Timms maintained.

Being a food blogger and author, Timms is an born foodie.

“There is very little that I don’t like. I have a weakness for anything fried, particularly aloo tikki and jalebis,” she replied when asked about her favourite Indian street food.

The book describes the food culture of Old Delhi and her discovery of bylanes which are a treasure-house of Mughal recipes.

“Old Delhi became my regular escape because it was like visiting another world, very different from Edinburgh or South Delhi where we live. One of the main things I was interested in was, of course, food. As I ate more and more I quickly realised that this was some of the best food I had ever eaten” Timms explained.

The lanes became her home. The book, which unfolds a series of journeys, not only just speaks of food but also the people she came across during her visits to Old Delhi.

Timms fondly talks about noted street food journalist in a national daily Rahul Verma (Chuchun to many), who had a huge influence on her.

“Rahul was a guide in my early days and I have been with him several times to Old Delhi. His knowledge of street food is encyclopaedic, ” Timms added.

She also mentions a group called Eating Out in Delhi who helped her to discover many dishes she had missed.

Not just a memoir, but the book is also flavoured with delectable recipes at the end of every chapter. The book also speaks about storied shops and how she cajoled their owners and khansamas to reveal their secret recipes. She unravels the mysterious surrounding dishes like Ashok mutton korma, Bade Mian ki kheer, ‘Old and Famous’ jalebiwala and her favourite – daulat ki chaat.

Asked if she is planning a second food memoir, she said: “I am in the early stages of working on some more book ideas but they will be very different from ‘Korma, Kheer and Kismet'”.