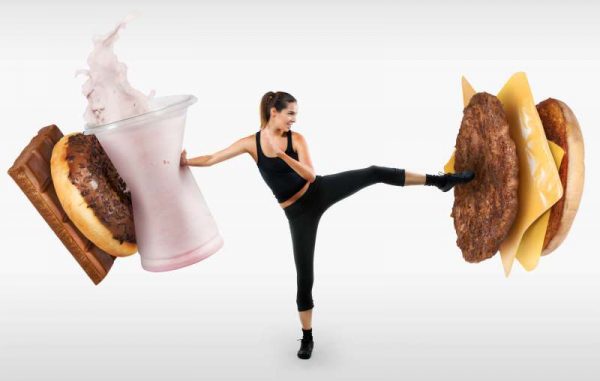 Researchers at the University of Cambridge found that when making hypothetical food choices, lean and overweight people showed highly comparable patterns both in terms of their choices and the accompanying brain activity.

But the presence of real food influenced choices differently across the groups.

The team examined the relationship between how people judge the healthiness and tastiness of food and whether this predicts their food choices at a buffet lunch.

They asked 23 lean and 40 overweight individuals to rate 50 common snack foods, presented on a computer screen, on a five-point scale for their healthiness and tastiness independently.

They then examined the degree to which each of these individually-rated attributes appeared to influence a person’s willingness to swap a particular food.

After rating the buffet choices for healthiness and tastiness, the participants were allowed to eat freely and as much as they wanted.

“There’s a clear difference between hypothetical food choices that overweight people make and the food they actually eat,” said researcher Nenad Medic in a paper appeared in the journal eNeuro.

The presence of unhealthy food options is likely to override people’s decisions, the team added.