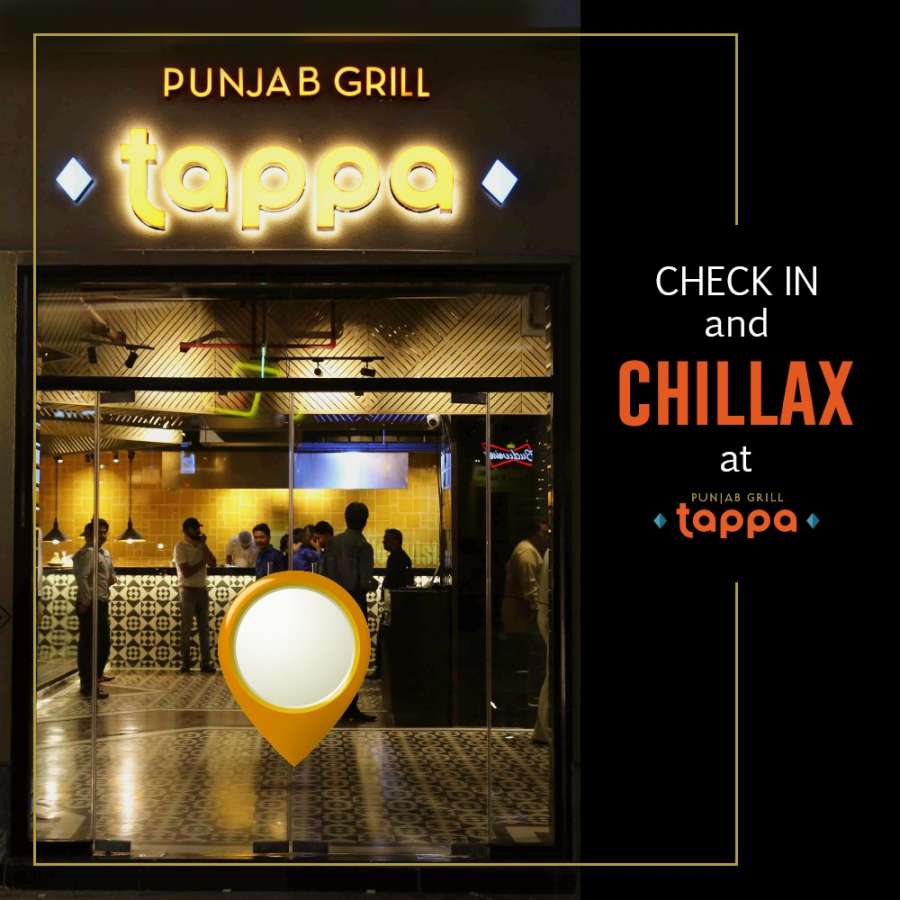 Giving a new twist to a classic is sometimes tolerated, even enjoyed, and sometimes met with harsh criticism. But the Punjab Grill Tappa, an offshoot of the famous North Indian Punjab Grill restaurant chain, is sophisticated and vibrant but still maintains the same quality of food….writes Karishma Saurabh Kalita

Located in Gurugram’s uber-hip DLF Cyber City, Punjab Grill Tappa opened its doors last October. Aiming to target young corporates, the interior is simple yet elegant. Dominated by three colours — mustard, brown and black with tones of white — it also has an open bar and a live kitchen. It also has al fresco seating, perfect for an evening drink.

“The word ‘tappa’ translates to a fun phrase. The whole idea behind this outlet is to be playful rather than formal. We do have classic Indian items (from the Punjab Grill menu) but we have also experimented with a whole lot of off-beat dishes too,” Manager Lalit Mohan said.

Here, one is also spoilt for choice when it comes to cocktails. Their open bar features a variety of wines and they have some really interesting, quirkily-named cocktails, of which I was served: With the Family, Birmingham Chachi, Toronto Bro and Patiala Sour, the restaurant’s take on the classic whiskey sour.

Of the four, With the Family — Absolut vodka based infused with melon, plum, passion fruit syrup and sweet chilli sauce — stood out. Served in a tall Martini glass, this drink is sweet, potent and the chill leaves a lingering taste in your mouth. It could easily give competition to a Cosmopolitan or a Sex on the Beach.

For food, there was an array of dishes. To begin with, they gave me a papad springled with garlic oil, bhujiya and lime juice. It was spicy and tangy, the perfect way to begin this journey.

In small plates, the first item was the watermelon slider with palak (spinach) crisp and sprouts masala with papaya relish. This dish is very fresh, the watermelon pieces are stacked with the sprouts and the palak crisp in between. It’s very healthy, although the papaya relish does not really do anything to it.

The dish which stood out was the tandoor smoked lamb chops. The meat, marinated for over 12 hours, made it melt in the mouth. It was served with pieces of sweet orange and coconut. The orange elevated the flavour of the meat, a bite of which brought out a smile.

Two vegetarian small-plate items which took me by surprise was the tandoor grilled broccoli and button mushroom; and the tandoori guchchi (a type of Kashmiri mushroom) stuffed with cheese. The first was fresh and the second was rich and decadent.

However, there were three items that were absolute let downs for me.

The lime-rubbed tawa jumbo prawns — only the presentation was spectacular. The taste of the fresh prawns disappeared in the overpowering rub. It was very salty and almost stung the tongue.

Again, the condiments in the non-dairy herb marinated chicken tikka and tandoori salmon were overpowering. The chicken’s texture felt a little undercooked while the salmon was very dry; it also lost its lovely pink colour.

Next were the mains.

Like how a Burmese khaosuey is served with a variety of add-ons, the haleem also had a variety of complimenting items to mix and eat. The tehari was very nice and reminded me of my mother’s pulao. The naan was a meal in itself, very heavy yet very tasty. The roti was crisp, a treat for the health conscious.

For my most favourite part of a meal, the desserts were jalebi churros with rabri and the tappa mess.

The churros, a Mexican fried dough pastry dessert, traditionally served with chocolate, was here replaced with the malai rabri. Initially, I was very excited but not when I ate it. The level of sweetness was very low and the cinnamon sugar dusted on the churros was somehow lost in the wind.

However, the tappa mess was a treat. Falooda mixed with fresh strawberries, it was a perfect mix of sweet and tangy but not very heavy.

For all the items, including the desserts, the presentation was excellent. It made the customer hungry at first sight. 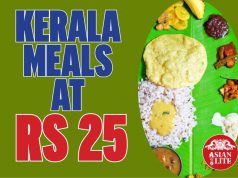