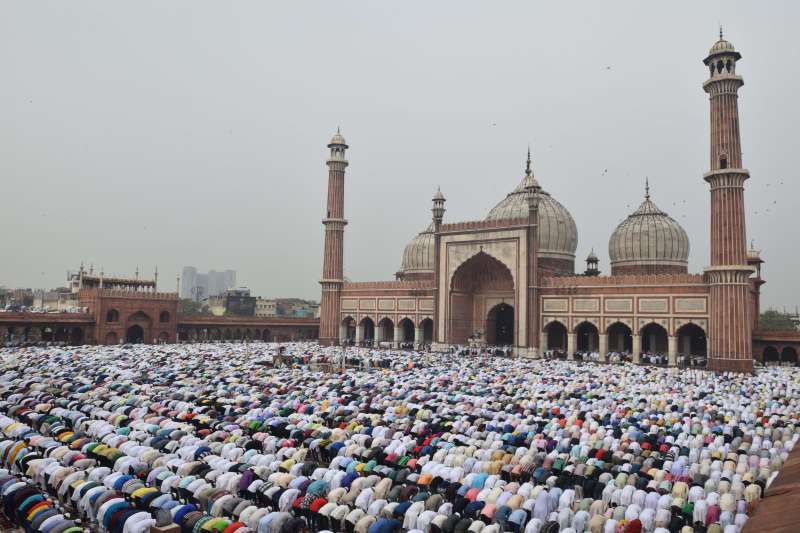 The allure of old Delhi’s scrumptuous cuisines and “tehzeeb” (etiquette) were brought alive at a tasting event here which recreated an array of traditional Mughlai and Indian specialties and street snacks for the capital’s food aficionados.

The event called The Grand Trunk Culinary Journey, which began from Amristar in Punjab, mesmerised foodies with a combination of old Delhi’s delightful food along with an equally endearing historical lecture by historian and storyteller Asif Khan Dehlvi at Dilli 32, the Indian cuisine restaurant at The Leela Ambience Convention Hotel here.

The aim of the event, which opened for the capital’s food lovers on Friday and will run till mid-May, is to take the best of everything that old Delhi has to offer for people who don’t want to take the trouble to go there, chef Ashwini Kumar said.

“This is for people who don’t want to take the trouble to go to old Delhi. You can’t eat at 25 restaurants in one day. That’s the benefit here. We will be having a buffet setup here from Friday along with decorations. People will get to eat things which they find in old Delhi in a comfortable, hygienic environment, cooked in a better way and away from the crowd of old Delhi,” said Kumar.

The menu, according to Kumar, focusses on three aspects: “The Mughal cuisine; the cuisine which has always been here, i.e., the ones made by the Baniyas and Marwaris; and third — which changed Delhi after post-independence — the refugees who came and brought their food. We are trying to include all that.”

The tasting menu on offer justified every bit of what Kumar elucidated about the concept. Some of old Delhi’s most famous cuisines, including the shami kebab, chicken changezi and burra kebab were served to the guests.

However, the dishes, as remarked by Kumar, were prepared in a much more hygienic manner than what one is bound to find in the dingy bylanes of old Delhi. The meat dishes, especially the chicken changezi, were cooked to perfection and literally melted in the mouth.

The spice quotient too wasn’t too high as the focus was on the orginal flavours rather than making the food too difficult to savour. The vegetarian dishes like aloo katlian and arvi ka salan too were ingeniously prepared.

Crafting a chef’s table that aims to recreate the essence of a traditional cuisine is no child’s play and Kumar said that it took them a month’s research and “brainstorming for three hours” to get things right.

During the meal, Dehlvi engaged the guests with an intriguing discussion about stories of yore that harked to the glorious era of the Mughals who were instrumental in establishing the cuisines that became a trademark of the city.

After Delhi, The Grand Trunk Culinary Journey will take a detour to Mathura, head to Varanasi thereafter and end its trail in Kolkata later this year.

“Mathura will have religious food, which is available in temples and ‘langars’. Varanasi will have food from the city, which will be primarily vegetarian but will also have some non-vegetarian cuisine. Most probably we will be doing the festival in Varanasi in September,” Kumar said.