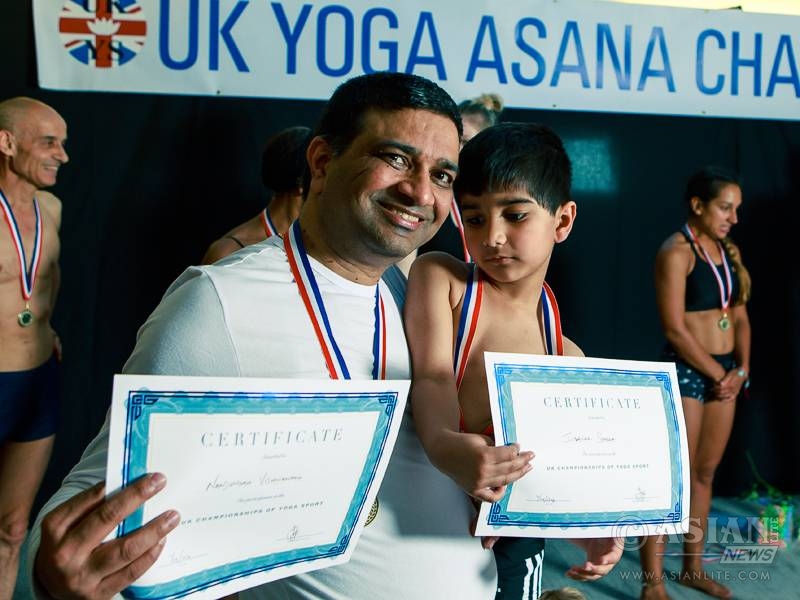 The youngest and the first Indian to win the Gold medal in the UK National Yoga Championship will be an inspiration to young aspirers, writes Rajitha Saleem

Ishwar Sharma becomes the youngest and the first Indian to win the Gold Medal in the UK National Yoga Championship. The 6-Year-old from Sevenoaks, Kent has made the Indian Community in U K proud in the field of Yoga. The championship was held on 16th April 2016 in London.

The achievement is significant when Yoga is being promoted as a sport in the Olympics.  “The event was significant where they introduce the scoring system as in gymnastics in Yoga with a view to introducing it as a sport in the Olympics,” said Dr. Vishwanath, father of Ishwar and himself the silver medal winner at the UK National Yoga Championship. He hopes Yoga to be introduced in the 2024 Olympics when Ishwar will be 14, which would be the perfect age for him to take part. 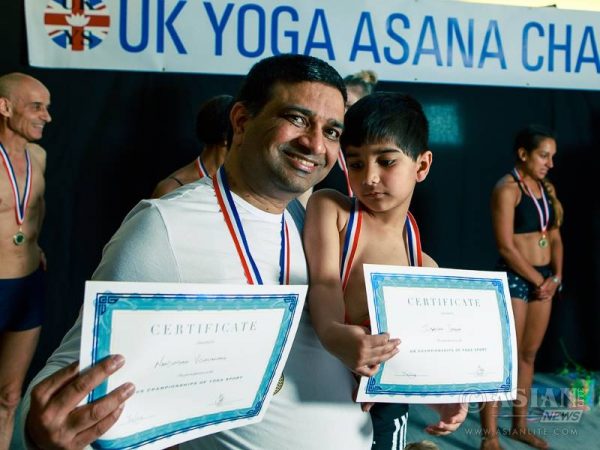 Ishwar will be able to demonstrate his yoga skills at the International Yoga championship to be held in July in Italy this year, even when he is under age to take part in the championship. His father hopes Ishwar’s demonstration would be an encouragement for himself to perform. Ishwar has been training under Dr. Vishwanath and Ms. Pushpitha for the past one year, where they increased their daily half hour practice to three hours for the championship.

“I feel that Yoga has certainly helped Ishwar in his studies and to improve his concentration. He has been excelling in his Sanskrit and poetry skills, as well as his studies at school, which in turn makes him lead a healthy lifestyle with improved overall performance,” added Dr. Vishwanath. With an avid interest in Sanskrit and Hindu Scriptures, Ishwar Sharma can chant up to 50 shlokas from the Vedas and the Bhagavad Gita. 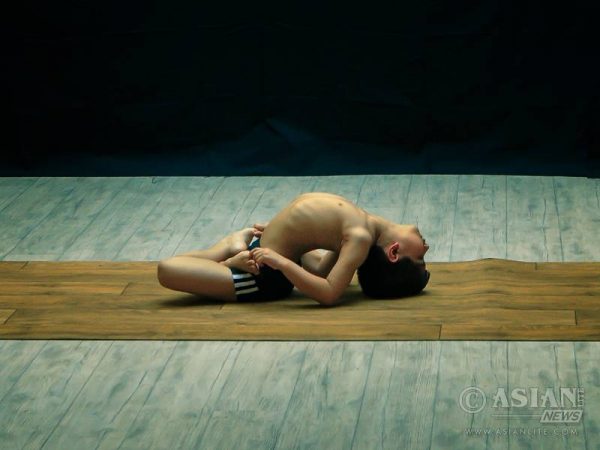 Ishwar takes his yoga a step further by performing Yoga choreography to audiences in the UK such as the Bhavans. Dr. Vishwanath, a consultant radiologist in the UK, emphasises that the relevance of Yoga will only increase with the advent of the International Yoga day which is being observed in 192 countries and the prospect of being an Olympic sport. Dr. Vishwanath hails from Mysore, which he says is the hotbed of Patanjali and Ashtanga Yoga and has been practicing it for the past 25 years.

Ishwar lives in Kent with his mother who is also a consultant radiologist and his sister Indira.