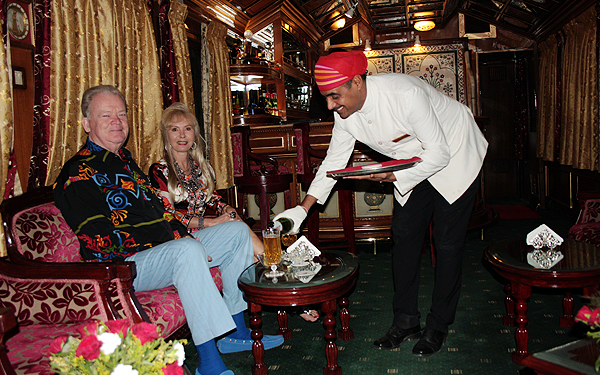 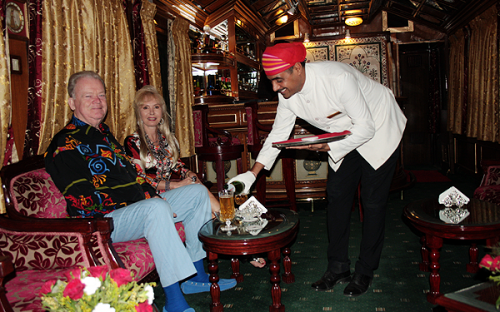 Gazing at the far-away tracks searching for signs of train arrivals might bring in nostalgic memories as a host of e-companies are providing everything from tracking minute-by-minute locomotive locations to details of taxi availability or the best deals at hotels to make rail journey in India a more pleasant and less taxing experience.

Be it the last-minute confirmation of the PNR status to a heavy-hearted goodbye, apps are making life easy for travellers on the Indian Railways network and it’s not just the private players but also e-commerce behemoth IRCTC (Indian Railway Catering and Tourism Corporation) that is reworking its strategy to become more user-friendly.

At a recent high-level meeting, Railway Minister D.V. Sadananda Gowda was informed that more investments, ideas and professionals will be needed to jack up the IRCTC website as the competition from e-travel portals has increased manyfold.

“We are increasing the overall capacity of the IRCTC site, apart from several other initiatives. All these are a part of our new IT policy for providing better services to the passengers,” Gowda had told IANS earlier.

All this has not deterred private players from continuing to eat into the railways e-commerce platter.

Enter the likes of Xigo, Railyatri and TravelKhanna e-commerce websites which help rail passengers from travel-related queries to food, books and even customised travel plans on railways at their berths.

“While on board, travellers can share the real-time live train location through GPS and send it to their friends’ Whatsapp. If you have a wait-listed ticket, RailYatri predicts its confirmation probability using past history on the same train, which helps users take more informed travel decisions,” RailYatri chief executive Manish Rathi told IANS.

These sites and their mobile apps ensure that not just railway travel but even your last mile connectivity till your doorstep is planned out as many have tie-ups with taxi companies, hotel and various tourism boards.

“Our trains application download has increased by 47 percent and PNR status app by a whopping 66 percent. This clearly reaffirms the usability of our apps for rail commuters,” Xigo chief executive Aloke Bajpai told IANS.

“With respect to rail commuters, we wanted to go a step ahead and have revamped our trains app by allowing users to call budget hotels for free via a toll-free number, enable the facility to order food while on a train journey through third party providers,” he added.

But for TravelKhana.com chief executive Pushpinder Singh it’s all about having a peaceful meal on the train while the picturesque countryside passes by. And he is not just offering the traditional aloo-puris or pethas at the station; his sophisticated app tracks train movement so that your curry does not lose its whiff when it arrives at your berth.

“Our average client is a train traveller and wants a decent quality, well-packed meal. Typically we have a large number of youngsters, students and professionals ordering with us,” Pushpinder Singh told IANS.

“Our service is unique in the way we connect with the restaurants. We track the train and help the vendors with accurate deliveries. As a result, we have the highest rate of success in the industry, in which we are the pioneers,” he added.

But is there any more space for such apps or will the bubble just last till the industry gets consolidated and a few players opt out? “Neither,” say the experts, citing the sheer size of the market.

“Travel constitutes nearly 70 percent of the entire e-commerce business and railways is a large segment in it. With the increasing number of rail passengers using mobiles, the trend and the businesses are bound to grow,” said Ashvin Vellody, partner, management consultancy KPMG in India.

Indian Railways, the world’s second largest network under a single management, runs 12,617 trains to carry over 23 million passengers per day connecting more than 7,172 stations across its 116,000 km network. The passenger movement per day is equivalent to moving the entire population of Australia.

In addition, the Railways operates more than 7,421 freight trains carrying about three million tonnes of cargo every day.