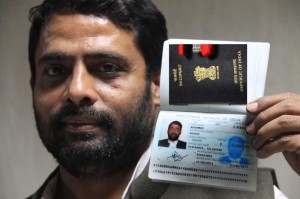 E-visa facilities will be introduced at nine airports in the next six months to attract more tourists.

He said tourism helped in job creation and e-visas would encourage more tourists to visit India,

During the past year, India has relaxed its visa regime and expanded the Visa-on-Arrival (VoA) scheme to include more countries.

Electronic Travel Authorisation (ETA) or E-visa from this financial year.  In order to give a boost to Inbound Tourism in the country, Jaitely proposed that ETA will be introduced through nine select airports in the country and countries eligible for ETA will be identified in a phased manner.The Finance Minister said that the necessary infrastructure will be created in all the identified airports in the next six months. Proposing the ETA, Jaitley said that tourism is identified as a major job creator for many countries of the world and to give boost to tourism in India, the government is committed to introduce ETA which would further be expanded to Visa on Arrival (VoA).