Saudi Arabia will deport expats who fail to abide by the coronavirus protocols, state media quoted authorities as saying.

“Individuals who fail to abide by preventive measures, including wearing medical or cloth face masks, failing to observe social distancing and refusing to have their temperatures taken, will be fined SR1,000. The fine will be doubled if the violation is repeated. Residents will be deported after paying the fines,” Gulf News quoted the Okaz newspaper as saying.

As per the newly-revised Saudi protocols, social gatherings such as mourning or celebration events that take place inside homes, rest houses or farms, are allowed, but attendants should not exceed 50 persons.

The private sector is also required to adhere to precautionary measures: providing their staff with disinfectants and sanitisers, taking the temperatures of both staff and customers at the entrances of shopping malls.

Other measures include sterilising shopping trolleys and baskets after each use, sanitising facilities and surfaces, closing children’s play areas and fitting rooms in shopping malls and ready-wear outlets.

Authorities highlighted the need for all individuals and entities to abide by health safety rules, social-distancing protocol and the new guidelines set for social gatherings.

The total number of global coronavirus has increased to over 6.6 million, while the death toll has topped 389,000, according to the Johns Hopkins University.

As of Friday morning, the overall number of cases stood at 6,601,349, while the death toll increased to 389,645, the University’s Center for Systems Science and Engineering (CSSE) revealed in its latest update.

With 1,872,557 confirmed cases and 108,208 deaths, the US currently accounts for the highest number of infections and fatalities in the world, according to the CSSE.

In terms of cases, Brazil comes in the second place with 584,016 infections.

Regarding fatalities, the UK continues in the second position after the US with 39,987 COVID-19 deaths, which also accounts for the highest fatalities in Europe. 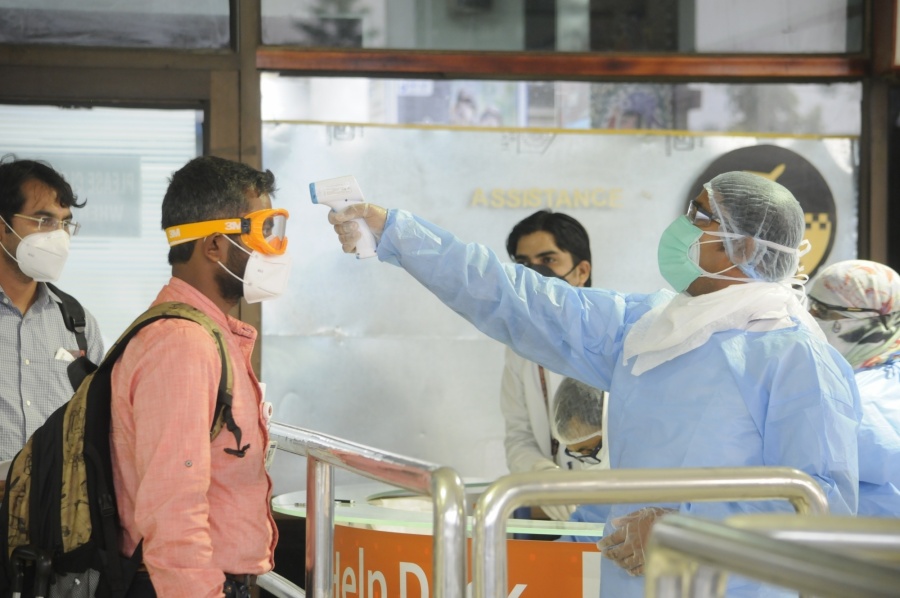 The Kingdom has already reopened 90,000 mosques, except for the Mecca as part of the second phase of lifting the coronavirus restrictions in the country.

For the first time since late March, worshippers were allowed to perform the congregational prayers in the 90,000 mosques across the Kingdom.

Mecca, home of the Haram Mosque and the Kaaba, has been excluded from the plan to lift the coronavirus restrictions.

Devoted Muslims returning to the mosques, however, had to respect rules aimed at preventing the spread of the virus, including a two-metre distancing and the closure of bathrooms, where people perform the pre-prayer ablutions.

The precautionary measures also included worshippers having to wear face masks and bring their own mats, according to the SPA.

Also, Saudi railways resumed trips as part of the second of a three-phase reopening plan.

Passengers seats have been relocated to a diagonal position, among other precautionary measures that included temperature checks, according to the source.

The group’s al-Masirah TV on Thursday reported four airstrikes on Haradh district in Hajjah province, one on al-Buka area in Saada and nine on Sirwah district in Marib, reports Xinhua news agency.

The Saudi-led coalition has made no comment on the Houthi allegations.

On Monday, the coalition announced the interception of two drones launched by the Houthi militia toward the Saudi border city of Khamis Mushait against civilians.

Turki Al-Maliki, spokesman of the coalition, said the Houthis reject the ceasefire that has been enforced by the coalition since April 9.

The ceasefire decision came after a call by UN Secretary-General Special Envoy to Yemen Martin Griffiths for warring parties to lay down their weapons.

Yemen has been mired in civil war since late 2014, when the Iran-backed Houthi rebels seized control of much of the country’s north and forced the Saudi-backed government of President Abd-Rabbu Mansour Hadi out of the capital Sanaa.

The Saudi-led coalition intervened in the Yemeni conflict in early 2015 to support Hadi’s government.

The five-year civil war has pushed more than 20 million to the brink of starvation.