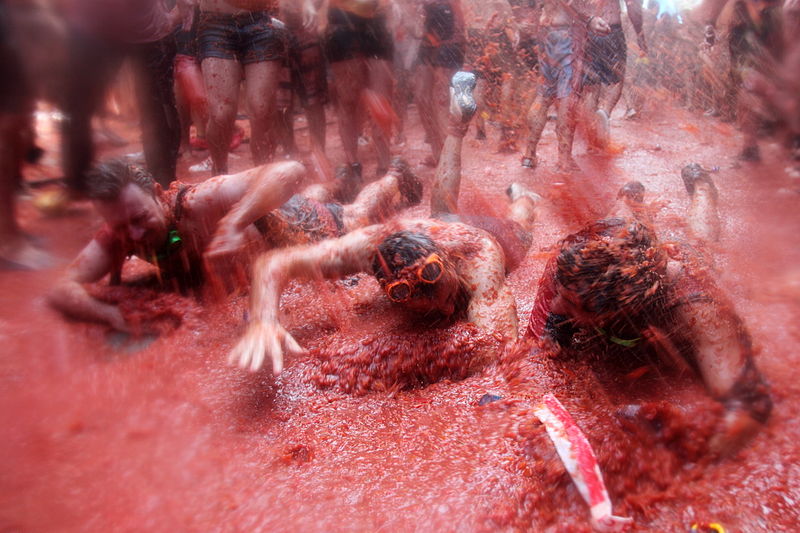 The world famous Tomatina festival in the Spanish town of Bunol has shown earnest solidarity with a cause that will brighten the lives of underprivileged Indian women. 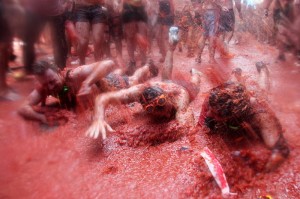 Owing to overcrowding in the Valencian town during the La Tomatina festival, the authorities decided to limit attendance to 20,000 ticket holders, Xinhua reported. The controversial move led to Bunol town hall Thursday making an announcement that the profits from ticket sales this year will be donated to a social project to help women in India.The Sahell association, which works with the Indian charity organisation Lokpanchayat, maintains safe houses for women of the Dalit caste, who have either been abandoned, mistreated or suffering social exclusion. The project aims to provide a safe environment for the women, so that she becomes economically independent.Meanwhile, a campaign has been launched in Bunol to make people aware about the atrocities faced by such women in India.A photographic exhibition entitled “the Odyssey of being a woman in India” would be displayed in the town from Thursday.The Fountain of Women, a film set on traditional roles and exploitation of women in India, would be shown ahead of the festival.On the last Wednesday of August every year tens of thousands of tourists join the 9,000 inhabitants of the town to throw tonnes of tomatoes at each other in what can be called as one of the “messiest events of the year”.