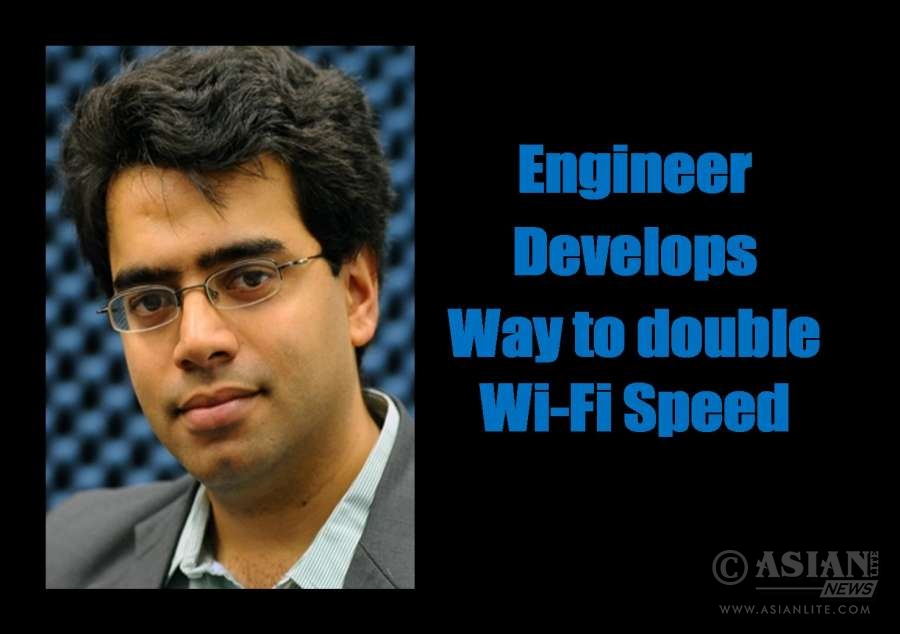 An Indian-origin engineer has developed a novel technology that doubles Wi-Fi speeds with a single antenna — an achievement with potential to transform the telecommunications field in future.

Columbia University’s Harish Krishnaswamy, an electrical engineering graduate from the Indian Institute of Technology -Madras, has for the first time integrated a non-reciprocal circulator and a full-duplex radio on a nanoscale silicon chip to create the breakthrough system.

“This technology could revolutionise the field of telecommunications,” said Krishnaswamy, director of the Columbia High-Speed and Mm-wave IC (CoSMIC) Lab.

“Our circulator is the first to be put on a silicon chip, and we get literally orders of magnitude better performance than prior work,” he noted.

Last year, Columbia researchers invented a technology — full-duplex radio integrated circuits (ICs) — that can be implemented in nanoscale CMOS to enable simultaneous transmission and reception at the same frequency in a wireless radio. That system required two antennas.

“Full-duplex communications, where the transmitter and the receiver operate at the same time and at the same frequency, has become a critical research area and now we’ve shown that WiFi capacity can be doubled on a nanoscale silicon chip with a single antenna. This has enormous implications for devices like smartphones and tablets,” Krishnaswamy explained.

“Being able to put the circulator on the same chip as the rest of the radio has the potential to significantly reduce the size of the system, enhance its performance, and introduce new functionalities critical to full duplex,” added co-researcher Jin Zhou.

Krishnaswamy’s team had to “break” Lorentz Reciprocity – a fundamental physical characteristic of most electronic structures that requires electromagnetic waves travel in the same manner in forward and reverse directions – to develop the technology.

“It is rare for a single piece of research, or even a research group, to bridge fundamental theoretical contributions with implementations of practical relevance. It is extremely rewarding to supervise graduate students who were able to do that,” said the Indian-origin engineer who has earlier won many accolades for his research efforts.

The research was published in the journal Nature Communications and the paper was presented at the “2016 IEEE International Solid-State Circuits Conference” in San Francisco, California, recently.