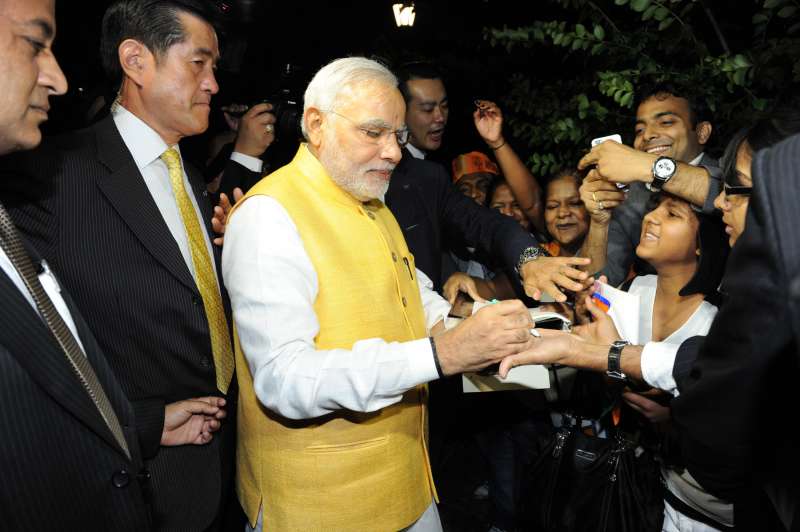 There are great expectations all 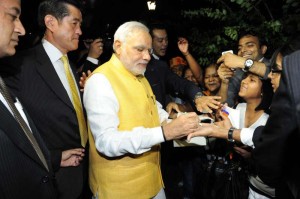 around from the corridors of power in Washington to business circles to the Indian-American community from Indian Prime Minister Narendra Modi’s landmark visit to the US beginning Friday.

When putting the past behind, President Barack Obama greets Modi, who had been denied a US visa for nearly a decade, for a private dinner at the White House on the evening of Sep 29, the menu is expected to go much beyond just repairing a flagging relationship.

Obama, who has called India “one of the defining partnerships of the 21st century” would like India to play a greater role in the region as the “US continues to rebalance toward Asia as its importance grows for the US,” as the American point person for South Asia Nisha Desai Biswal put it.

“Our relationship is founded on the principle that a strong India is in the US interest. A consequential partnership in addressing challenges globally is not only in the US interest, but also the global interest,” the Indian-American official said previewing the Modi visit.

There may even be an attempt to rope in India in Obama’s international coalition against the Islamic State terrorist group.

John McCain, his Republican rival in the 2008 presidential contest suggested as much recently. It’s a proposal, Modi is expected to politely decline. In a speech at the Carnegie Endowment for International Peace, McCain also called for the US and India to develop together maritime capabilities, including aircraft carriers. He also suggested a free trade agreement between the two countries.

This is likely to find greater resonance with India. US Defence Secretary Chuck Hagel, one of a trio of top secretaries to visit New Delhi in recent weeks to pave the way for the Obama-Modi summit, listed US-India defence cooperation as a “top priority.”

Secretary of State John Kerry and Commerce Secretary Penny Pritzker have also visited India ahead of the Modi visit.

The Defence Trade and Technology Initiative (DTTI) was the “centrepiece of our defence cooperation, and I am committed to enhancing it,” Hagel said in New Delhi mentioning proposals to transfer technology and production expertise to India.

These included a plan for the US and India to co-produce and co-develop the Javelin anti-tank missile. A new defence framework agreement to replace the 10-year defence agreement expiring next year is also on the anvil.

But nothing major is expected over the stalled India-US nuclear deal – a major disappointment for the US after the heavy lifting it did to bring India out of its nuclear isolation.

This despite what Biswal called a strong desire on the part of Modi government to work through the “tough issues” – a reference to the tough Indian nuclear liability law which calls for heavy compensation by suppliers and contractors alike in case of an accident.

The talks between Modi and Obama are also expected to cover issues ranging from energy and security cooperation to the WTO trade facilitation agreement.

Given Modi’s business friendly image and his much publicised Gujarat model, the US business community is equally excited about the visit.

Gateway House, an Indian foreign policy think tank, has in a research paper raised the tantalizing prospect of India-US Partnership touching $1 trillion by 2030 through private sector-to-private sector cooperation, particularly in the technology sector.

US India-Business Council (USIBC) comprising 310 top US companies, which has set a less ambitious target of $500 billion in bilateral trade, plans to host a reception and policy address by Modi at the historic Andrew Mellon Auditorium on Sep 30.

The business community is also holding an India investment forum in New York on Sep 24 and 25 on the eve of Modi’s arrival to address the UN general assembly Sep 27.

The event features an opening keynote address on the State of India’s Economy by Finance Minister Arun Jaitley and a closing presentation by External Affairs Minister Sushma Swaraj.

The Indian-American community is also agog at the prospect of hearing Modi in person after listening to him for years via video conference.

A Sep 28 community reception for Modi at Madison Square Garden in New York has been completely sold out.

But those who could not get one of the 18,000 free tickets, will be able to watch Modi at the iconic Times Square on giant screens or live streaming at watch parties around America.