Starting now, Iran says that its nuclear program will be developed based only on its “technical needs”, the announcement added that came after a cabinet meeting in Tehran presided over by Iranian President Hassan Rouhani…reports Asian Lite News

The Iranian government has announced that it would abandon the nuclear deal signed with several world powers in 2015, in response to the US drone attack that killed Major General Qasem Soleimani, adding that it will continue cooperating with the International Atomic Energy Agency (IAEA).

According to the official statement on Sunday, Tehran said it will no longer abide by any of the limits on enriching uranium contained in the nuclear deal after the January 3 attack, reports Efe news.

“The government of the Islamic Republic of Iran has in a statement announced its fifth and final step in reducing Iran’s commitments under the JCPOA (Joint Comprehensive Plan of Action),” Iranian state television said.

“The Islamic Republic of Iran no longer faces any limitations in operations,” it added, although the regime did not specify what levels it would move to in terms of enriched uranium and other areas.

One provision in the pact blocks Iran from acquiring or enriching enough nuclear material – i.e. uranium – to build an atomic weapon.

Tehran had been limited to having about 6,100 centrifuges that can enrich uranium, but the Islamic Republic now says it will no longer abide by that limit.

Starting now, Iran says that its nuclear program will be developed based only on its “technical needs”, the announcement added that came after a cabinet meeting in Tehran presided over by Iranian President Hassan Rouhani.

Despite its refusal to adhere to the provisions of the nuclear pact, the Iranian government did not actually announce its withdrawal from the deal, which was abandoned in May 2018 by the Donald Trump administration, which reimposed a set of onerous sanctions on Iran.

Last May, Tehran began to gradually cease complying with its nuclear commitments and gave two-month deadlines or ultimatums to the other parties to the pact – Russia, China, France, the United Kingdom and Germany – to counteract the US sanctions.

Iran says it will maintain its cooperation with the IAEA, just as before, meaning that Tehran will continue allowing inspections of its nuclear facilities by experts from the international organization.

The IAEA has the duty of verifying compliance with the nuclear deal and ensuring implementation of the Non-Proliferation Treaty and the assorted safeguards and controls on Iran’s nuclear program.

Iran said, however, that it will return to its nuclear commitments if the sanctions are lifted.

The nuclear deal limited Iran’s nuclear program in exchange for the lifting of international sanctions on the Tehran regime, but the withdrawal of the US from the pact left the agreement seriously weakened.

Europe has been trying to undertake measures to save the pact, the none have been effective.

A spokesman for Iran’s Foreign Ministry, Abbas Musavi, said a few hours before the official announcement that a series of decisions had been made regarding the pact but that they could be affected by the “current situation.”

On January 3, the US launched the drone strike on the head of Iran’s Revolutionary Guards Quds Force, Soleimani, at the Baghdad airport, where he had just arrived for consultations with Shia militias in Iraq, and Tehran has vowed to avenge his killing.

Other signatories of the nuclear deal have been worried that the hit on Soleimani could affect the pact, and the European Union has launched a desperate effort to prevent that. 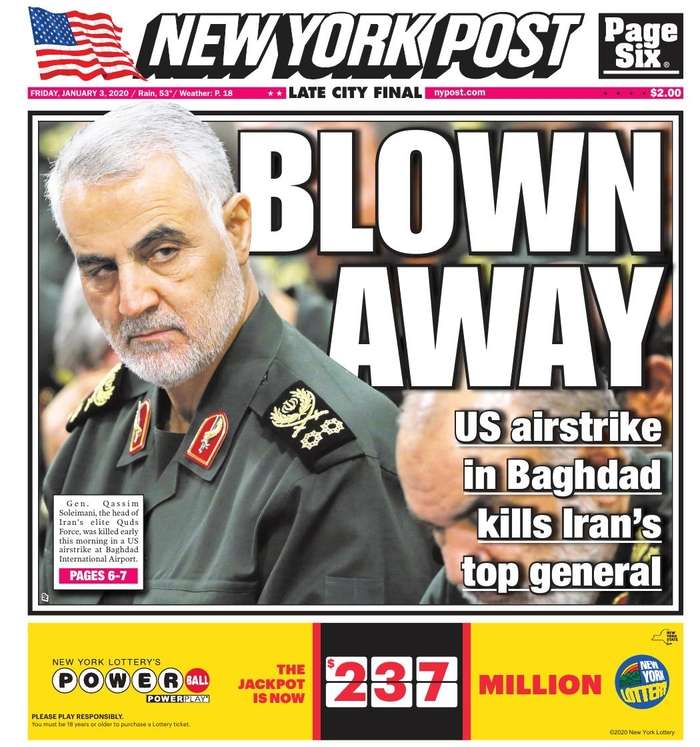 The head of the EU diplomacy, Josep Borrell, invited Iranian Foreign Minister Mohammed Javad Zarif, to Brussels to discuss the situation, emphasizing the importance of preserving the nuclear deal that, in Borrell’s judgment, remains crucial for global security, while Russia, an ally of Iran, has expressed its hope that the Soleimani killing will not affect the pact.

Iranian authorities last July exceeded the threshold of 300 kg of uranium reserves enriched to 3.67 per cent, upping that enrichment level to 4.5 per cent, and that higher level could now be exceeded.

Tehran has said that it can enrich uranium to 20 per cent quickly, although even that level is far below what is required for manufacturing an atomic weapon.

Iran has also exceeded the limit imposed in the pact on storing so-called “heavy water”, which is required for uranium enrichment, and has also begun operating advanced centrifuges.