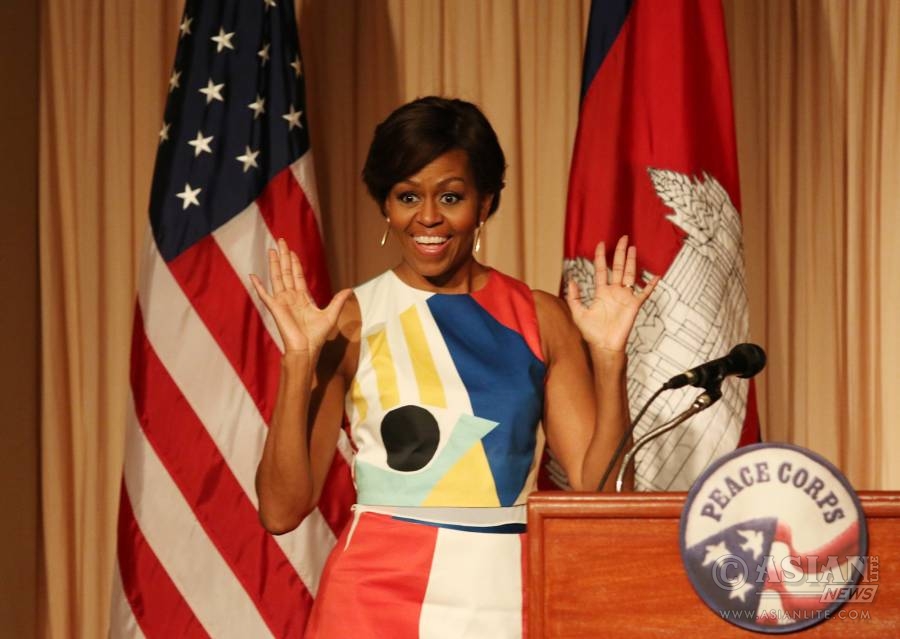 US First Lady Michelle Obama and Jill Biden are heading to Hollywood for a good cause.

Next week, the duo will appear on NBC’s “The Voice” together. The first lady will also appear on CBS’ “NCIS”, reports variety.com.

The TV appearances have been booked for them to celebrate the fifth anniversary of their Joining Forces initiative, which was launched in 2011, calling on all Americans to rally around service members, veterans and their families and support them through employment, education and wellness opportunities.

On May 2, the first lady and Biden will appear on “The Voice”, joining host Carson Daly and star judges Christina Aguilera, Pharrell Williams, Adam Levine and Blake Shelton for a special episode with an audience filled with active duty and retired service members and military families. The singing competition will showcase the Top 10 contestants on Monday night’s show.

The next night, Obama will guest star in an episode of “NCIS”, marking the first time the first lady has let a non-news television programme into the White House.

The announcements were made on Thursday by the office of the first lady.