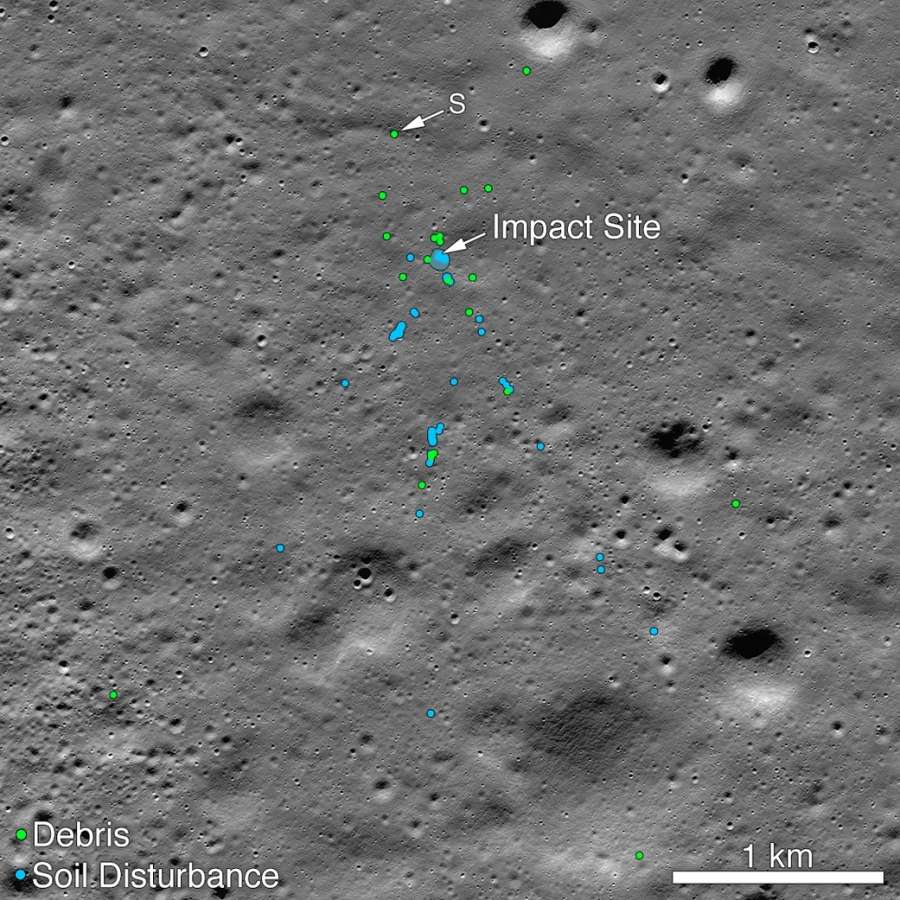 NASA has found the crash site and debris of India’s Chandrayaan-2 Vikram moon lander following a tip from an Indian space enthusiast who examined pictures of the area of the moon taken by a US orbiting camera.

The site was located by Shanmuga Subramanian, who on his own scoured the pictures taken by the Lunar Reconnaissance Orbital Camera (LROC), NASA and Arizona State University announced on Monday confirming the find.

The first mosaic image of the likely crash site made from pictures taken by the LROC on September 17 was downloaded by several people to look for signs of the Vikram, NASA said.

One of them, Subramanian, contacted the LROC project with a positive identification of debris, it said.

Arizona State University (ASU), where the LROC project is located, said: “After receiving this tip, the LROC team confirmed the identification by comparing before and after images.”

When the images for the first mosaic were acquired on September 17, the impact point was poorly illuminated and could not easily be identified, it said.

But two image sequences were acquired on October 14 and 15, and on November 11 were better. 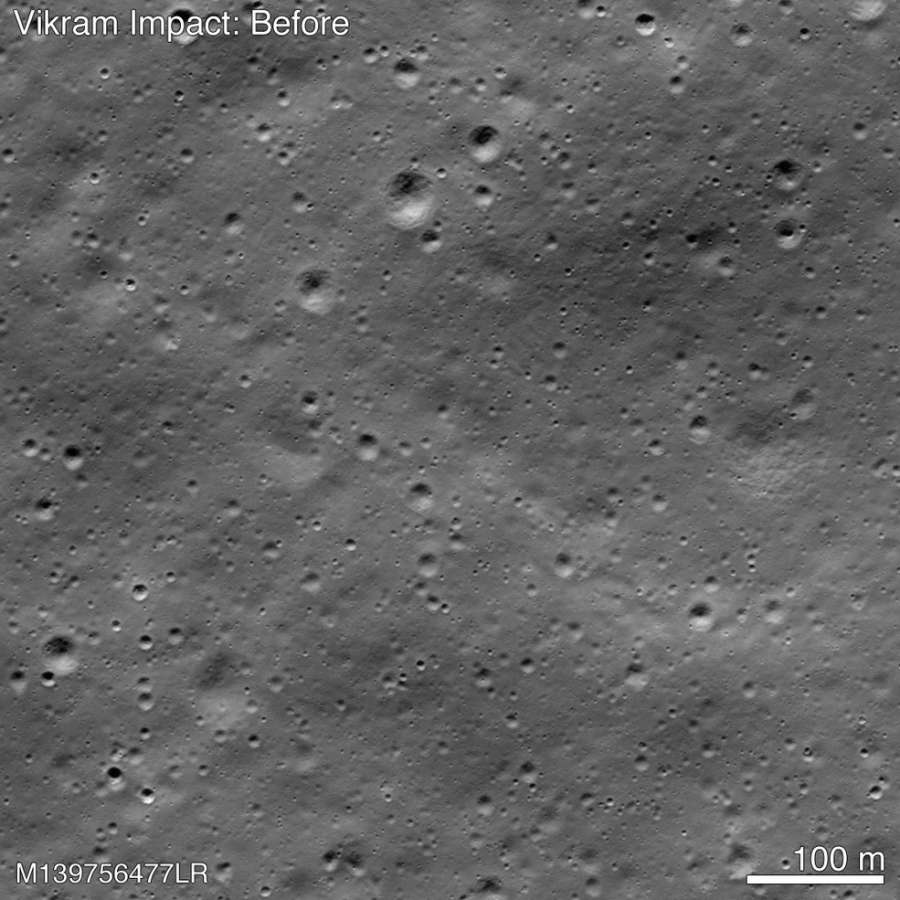 The November mosaic shows best the impact crater, ray and extensive debris field. The three largest pieces of debris are each about 2×2 pixels and cast a one pixel shadow.

The three largest pieces of debris are each about 2×2 pixels and casts a one pixel shadow.

The university said that based on Subramanian’s tip, the LROC team scoured the surrounding area in the new mosaics and found the impact site and the debris field.

“The debris first located by Shanmuga is about 750 metres northwest of the main crash site,” ASU said.

Vikram lost contact with the Indian Space Research Organisation (ISRO) following its launch from Chandraayan-2 moon orbiter on September 6 when it tried to make a softlanding near the moon’s south pole.

In a statement NASA said: “Despite the loss, getting that close to the surface was an amazing achievement.”