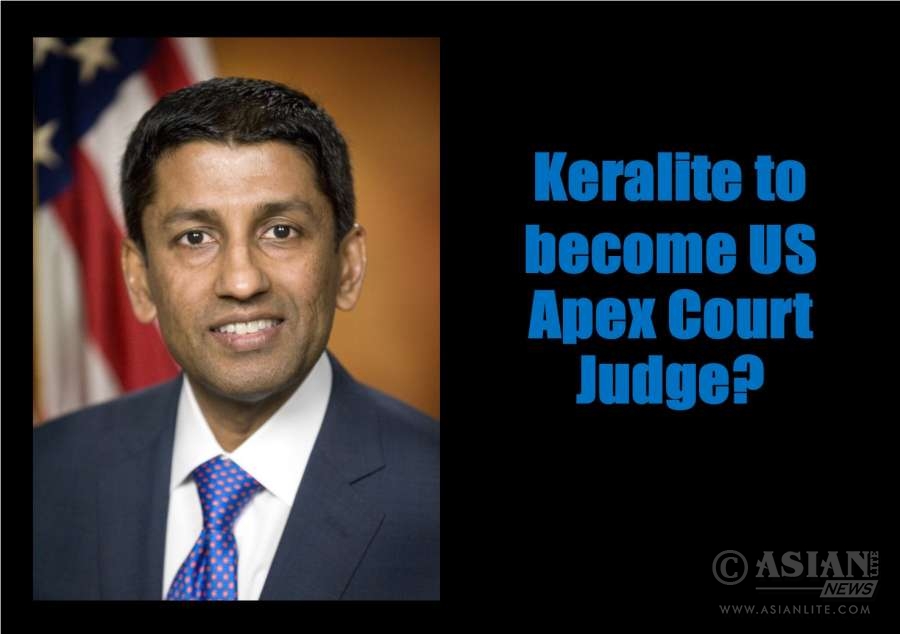 The sudden death of a US Supreme Court justice has catapulted a Chandigarh-born Indian-American judge to the top of succession stakes amid a major political battle during an election year.

Srikanth Srinivasan, 48, who became a judge of the US Court of Appeals for the District of Columbia Circuit — a traditional launching pad for Supreme Court nominees – in May 2013 after a 97-0 Senate vote was on the short-list of many in the media.

Srinivasan was born Padmanabhan Srikanth Srinivasan  in Chandigarh, India. His father hailed from Mela, Thiruvenkatanathapuram. His family, including two younger sisters, migrated in the late 1960s to Lawrence, Kansas. His father was a professor of mathematics at the University of Kansas, and his mother taught at the Kansas City Art Institute and later worked at the University of Kansas computer science department. Srinivasan graduated from Lawrence High School in Lawrence, where he played basketball, sharing the court with future NBA star Danny Manning.

Speculation over whom President Barack Obama would nominate to replace Antonin Scalia started hours after the conservative judge’s death Saturday morning in Texas even as top Republicans said the choice should be left to the next president.

Obama said Saturday he would nominate a successor “in due time,” and the Senate will get “plenty of time .to give that person a fair hearing and a timely vote” even as Senate Republican leaders and presidential candidates were dead set against the move.

Any list of potential replacements begins with Srinivasan, said CNN noting that Obama would likely try to find someone that at least some Republicans in Congress might find acceptable given that the opposition party controls both chambers. Obama first nominated him to the post in 2012, and the Senate confirmed him,

97-0, in May 2013, including votes in support from Republican presidential contenders Senators Ted Cruz and Marco Rubio.

Srinivasan’s father hailed from Mela, Thiruvenkatanathapuram, a village near Tirunelveli, Tamil Nadu. His family, including two younger sisters, migrated in the late 1960s to Lawrence, Kansas. His father was a professor of mathematics at the University of Kansas, and his mother taught at the Kansas City Art Institute and later worked at the University of Kansas computer science department.

Srinivasan was a high school basketball star in Kansas before attending Stanford University, which he graduated from in 1989.

He was Obama’s principal deputy solicitor general, most notably working on the successful fight against the Defence of Marriage Act. Srinivasan also has experience on the other side of the aisle, serving as an assistant to the solicitor general during the George W. Bush administration and as a clerk to Justice Sandra Day O’Connor. He was once a partner in the law firm O’Melveny & Myers.

Meanwhile, Republican Senate Majority Leader Mitch McConnell insisted the next administration should make the appointment. But Democratic Senate Minority Leader Harry Reid said “failing to fill this vacancy would be a shameful abdication of one of the Senate’s most essential Constitutional responsibilities.” The succession battle comes at a time when the Court is expected to hear several cases with huge political implications, including on abortion and affirmative action.