More than one million plants have been pledged for Trump Forest, a bid by environmentalists to offset the US Presidents curtailing of clean energy initiatives by planting 10 billion trees around the globe….reports Asian Lite News

More than one million trees have been pledged for Trump Forest, a bid by environmentalists to offset the US Presidents curtailing of clean energy initiatives by planting 10 billion trees around the globe, the media reported on Tuesday.

“US president Donald Trump doesn’t believe in the science of human-caused climate change,” reads the website for the project, launched before Trump withdrew the US from the Paris climate accord.

The project was launched last March and in less than a year over a million trees have been pledged from people around the world, but particularly in the US and Europe, reports the Guardian.

The donated trees are to go towards offsetting the 650 million tonnes of carbon dioxide that will be released into the atmosphere by 2025 if Trump’s plans to backtrack on US climate commitments go ahead, organisers have said. 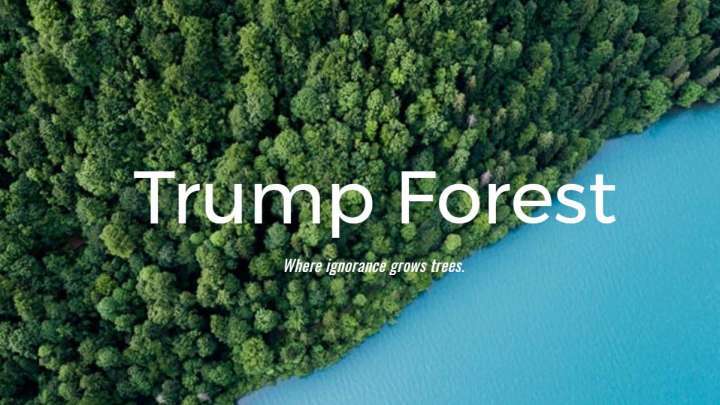 The figure of 650 million tonnes – equivalent to the annual carbon footprint of 33 million Americans – is calculated from Trump’s decision to roll back the US 2015 Paris agreement pledge to lower emissions by at least 26% below 2005 levels by 2025.

It would take 10 billion trees – covering a landmass roughly the size of the state of Kentucky – to offset the full amount, the Guardian reported.

“We’re really pleased at how quickly it happened,” co-founder Adrien Taylor told the media on Monday.

The project’s co-founder, British climate scientist Dan Price, said: “In 30 years from now, when people look back on the Trump presidency as an attack on the planet and on rational thought, it would be pretty cool if the history books say his actions were negligible because the global community offset the administration’s additional emissions.

“It’s clearly a big challenge, but only recently the world record was broken when India put 66 million trees in the ground in a day. If we all chip in, it is a completely realistic goal.”