US Secretary of State Mike Pompeo has cited Chinese Peoples Liberation Army’s (PLA) “deadly” confrontation with India as one of the reasons for Washington recalibrating its defence commitments in Europe and looking at countering emerging threats.

The threats from China to India and countries in Southeast Asia and the challenges in the South China Sea are going to dictate the allocation of defence resources as US cuts troop levels in Germany, he said on Thursday at a virtual meeting of the Brussels Forum of the German Marshall Fund.

He said that China’s expansionism is “the challenge of our time” and the US wants to ensure that its resources are in place to meet it.

Asked about President Donald Trump plans announced this month to pull back 9,500 of the about 30,000 US troops stationed in five garrisons in Germany, Pompeo said that ultimately “they are aimed squarely at what we believe to be democracies’ fundamental interests, certainly America’s fundamental interests.”

He said the US began a strategic review of its force placement around the world and realising they were based on decisions made at a different time questioned whether there should be a different composition and allocation.

During his interactions during the forum, he repeatedly emphasised the multifaceted threats from China.

Explaining Trump’s decision to cut troops in Germany, he said that Washington looked at how the military and intelligence resources should be allocated around the world given the current nature of conflicts.

Pompeo said, “This is going to dictate that in certain places there will be fewer American resources. There will be other places.”

The “threat from the Chinese Communist Party (CCP),” he said, “to India, threats to Vietnam threats to Malaysia, Indonesia, South China Sea challenge, the Philippines. We are going to make sure we are going to be postured appropriately to counter them, the PLA.”

“I think that’s the challenge of our time and we’re going to make sure we have resources in place to do that,” he added.

He did not provide specific details of how this would be done.

Pompeo faulted Germany for not making a fair contribution to its own defence and the NATO.

While the US spends 3.42 per cent of its gross domestic product on defence, Germany spends only 1.38 per cent and in an agreement reached last year, both the US and Germany will each be contributing 16 per cent of the GDP of the NATO budget, even as Washington has commitments around the world.

Trump has been demanding that its defence partners in Europe and in Asia contribute a higher share of their defence costs.

“It may be that other nations step up to take responsibility for their own defense in ways that they hadn’t done previously,” Pompeo said.

Pompeo spoke at length about the threats from China to countries around the world and how everyone has been slow to awaken to them.

“But the CCP’s coverup of the coronavirus, an outbreak that began in Wuhan, China – which has now killed tens of thousands of our people, and hundreds of thousands of people across the world – I think it’s accelerated everyone’s awakening,” he said.

“The United States is not forcing Europe to choose between the free world or China’s authoritarian vision. China is making that choice between freedom and democracy,” he said.

“Europeans, like Americans, are starting to find their voice” against China’s aggressiveness, economic manipulation, COVID-19 pandemic coverup and intimidation, he said.

As Pompeo spoke of reprioritising and reallocating US defence with a view to countering China’s challenge in Asia, three US aircraft carrier strike groups that include other ships have been deployed in the Indo-Pacific zone in a show of force for the first time in about three years.

But Washington has yet to come up with a concrete, comprehensive plan to effectively assist its allies or friends.

Without expanding bases in Asia, the US would need a bigger naval presence to project its force in the region.

According to the US Naval Institute News, former Acting Navy Secretary Thomas Modly has said that the US would need 435 ships, including unmanned ones, or only 390 manned ships.

The US Navy currently has 294 vessels and the Congress has approved a target of 355 ships by 2030. However, a recent Congressional Research Service report indicated that the Pentagon may be struggling to achieve even this goal. 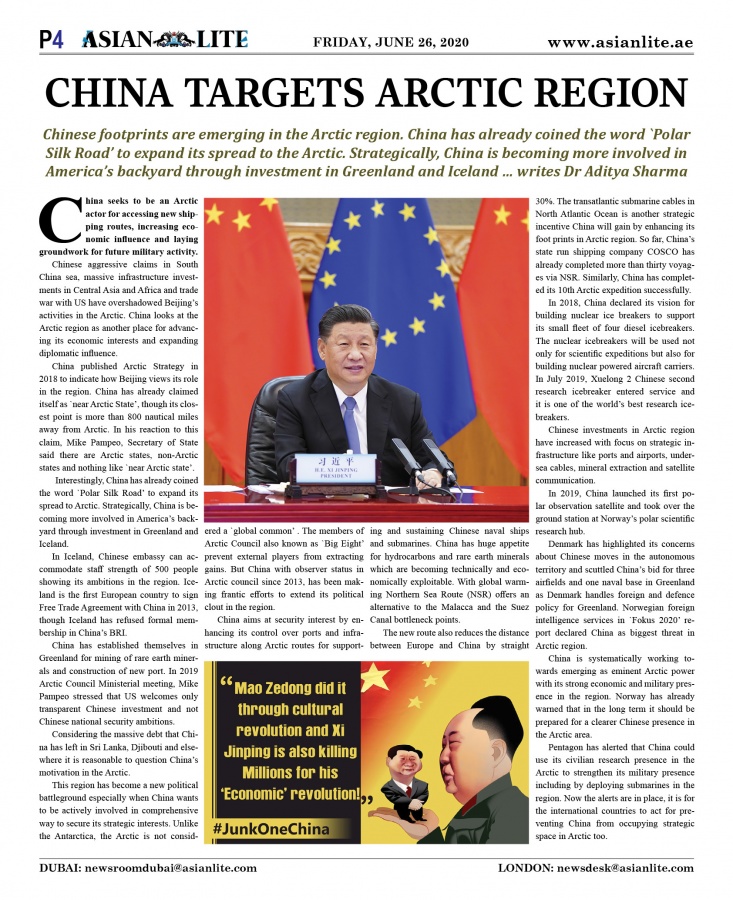