Trump’s attendance at ‘Howdy Modi’ will emphasize strong ties with India. Over 50,000 people have registered for the event hosted by the Texas India Forum at the NRG Stadium in Houston. The organisers have put together a 90-minute cultural extravaganza – “Woven: The Indian-American Story”…. reports Asian Lite News 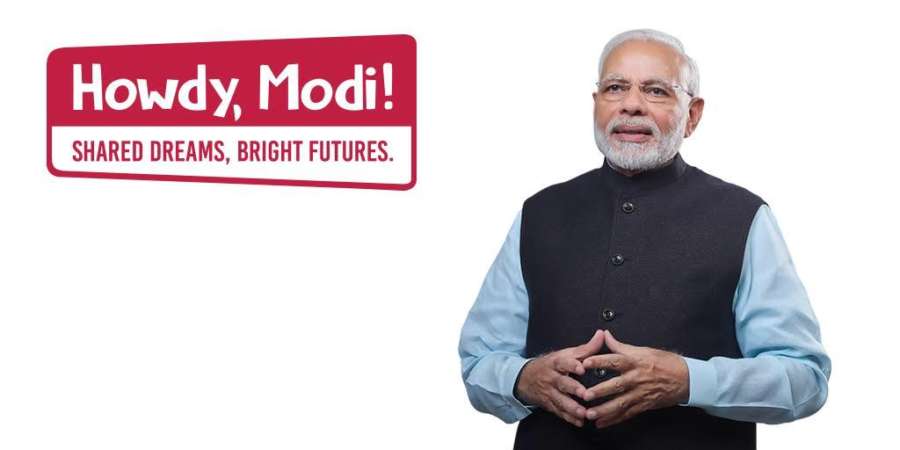 The White House has confirmed President Donald Trump’s attendance at the September 22 ‘Howdy Modi’ event organised by the Indian diaspora in Houston, adding that his participation would be “a great opportunity to emphasize strong ties” between the two nations.

The White House said in a statement that President Trump “will travel to Houston, Texas, and Wapakoneta, Ohio, to underscore the important partnerships between the US and India, and Australia.

“In Houston, President Trump will participate in an event with Prime Minister Narendra Modi of India. The event ‘Howdy, Modi! Shared Dreams, Bright Futures’ is expected to draw tens of thousands of people.

“It will be a great opportunity to emphasize the strong ties between the people of the US and India, to reaffirm the strategic partnership between the world’s oldest and largest democracies, and to discuss ways to deepen their energy and trade relationship.”

Meanwhile, Prime Minister Narendra Modi on Monday said that President Trump’s attending the event highlights the strength of the ties between the two countries and was a recognition of the contribution of the Indian diaspora.

“The special gesture of President @realDonaldTrump to join us in Houston highlights the strength of the relationship and recognition of the contribution of the Indian community to American society and economy,” he tweeted.

Over 50,000 people have registered for the event hosted by the Texas India Forum at the NRG Stadium in Houston.

The organizers have put together a 90-minute cultural extravaganza – “Woven: The Indian-American Story”.

The programme will celebrate the contributions of Indian-Americans to the cultural, intellectual and social landscape of the US. It will feature 400 artistes and community members from Texas and across the US.

There would be 27 groups performing in a live and multimedia experience to showcase the diversity of the Indian-American community.

According to Vijay Chauthaiwale, in-Charge of the Foreign Affairs Department of the Bharatiya Janata Party, volunteers of the event were “working 24×7 to make it a great success”. He wrote an article in The Print highlighting the deepening ties between the US and India besides the contribution of Indian community in the US.

Reached Houston. Volunteers of @howdymodi to welcome PM @narendramodi are working 24×7 to make it a great success. While a meeting of community leaders was underway to brief the preparations, announcement of @POTUS participating the event was published. Great coincidence. pic.twitter.com/xofA8UIpjd

Huge billboards have sprung up across Houston and other places to welcome Modi on his US tour. Over 60 US lawmakers are expected to attend the event. Several prominent NRIs associated with the event Tweeted to greet Potus to the event.

So it’s now official! @POTUS President Trump to attend #HowdyModi event in #Houston on 22 September to welcome PM @narendramodi – the next 170 hours just got busy 🙂 pic.twitter.com/8qYTh1YTpK