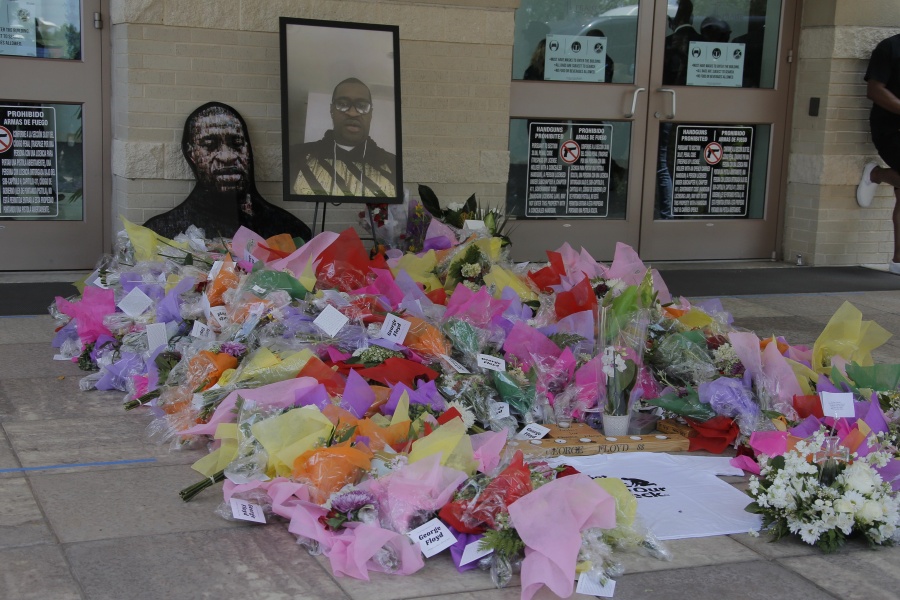 The funeral of African American George Floyd was held in the southern US city of Houston, where he was brought up and spent most of his life, two weeks after his tragic death in police custody in Minneapolis.

Hundreds of people came to say a final goodbye to Floyd at the Fountain of Praise Church on Tuesday. Memorial services had also been held for Floyd in Minneapolis and North Carolina, Xinhua news agency reported.

Beginning at around 11 a.m. Central Time (1600 GMT), the private funeral service celebrated Floyd’s home-coming with over an hour of singing and praying, before families and friends took turns to share their memories of Floyd and his 46 years of life.

Speaking to Floyd’s six-year-old daughter, Gianna, Biden said, “You’re so brave … No child should have to ask questions that too many black children have had to ask for generations: Why? Why’s daddy gone?”

“Why, in this nation, do too many black Americans wake up knowing that they could lose their life in the course of just living their life? ” he continued.

“When there is justice for George Floyd, we will truly be on our way to racial justice in America,” said the expected Democratic nominee for the 2020 presidential election.

Mayor of Houston Sylvester Turner announced at the funeral that he would sign an executive order banning city police from using chokeholds and strangleholds.

Officers will also be required to give a warning before shooting, he added.

“We honour him today,” said Turner. “Because when he took his last breath, the rest of us will now be able to breathe.” 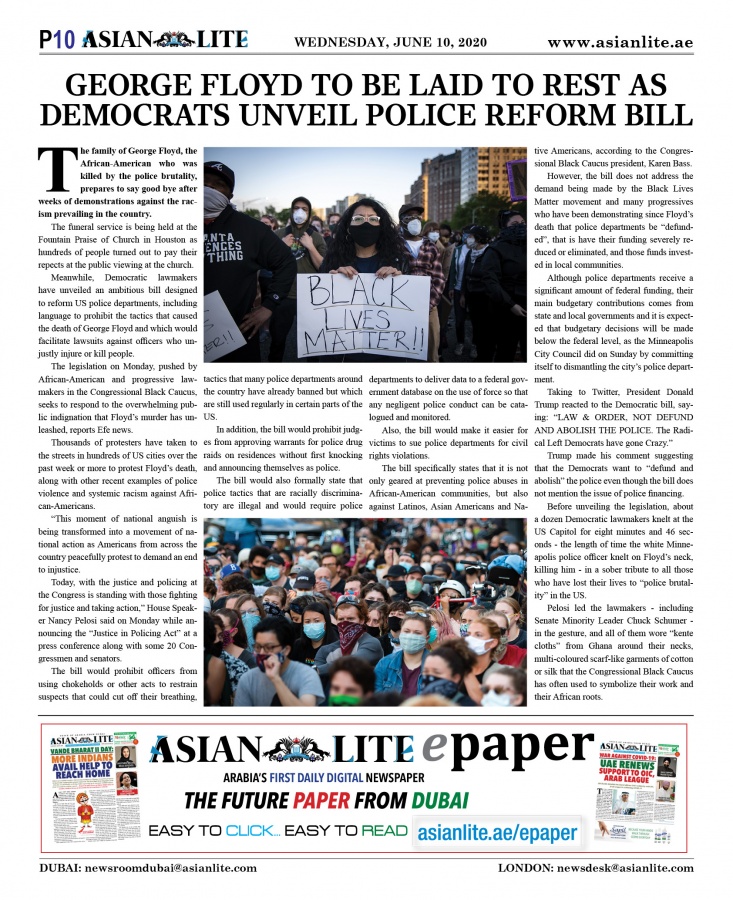 Floyd is expected to be laid to rest next to his mother, who he called out for during his final moment of suffocation as his neck was under a white police officer’s knee.

Floyd’s death has galvanized a movement in the country and beyond calling for racial justice and police reform. Protests have been held across the country in the past two weeks with tens of thousands showing up, which sometimes ended in late-night violence and looting.