“What we have proposed before the Parliament about the departure of the (foreign) forces is the only solution… We do not have another way out,” Adel Abdel-Mahdi said in a televised speech during a cabinet meeting held Tuesday. Meanwhile, US President Donald Trump said that there are no plans at this time to withdraw American troops from Iraq…reports Asian Lite News

The departure of the foreign troops is the “only solution” to the current crisis, according to Iraqi Prime Minister, while NATO announced it would temporarily redeploy part of its personnel in Iraq to protect its troops amid escalating tensions in the wake of a US strike that killed Iranian general Qasem Soleimani in Baghdad.

“What we have proposed before the Parliament about the departure of the (foreign) forces is the only solution… We do not have another way out,” Adel Abdel-Mahdi said in a televised speech during a cabinet meeting held Tuesday, reported Efe news.

Iraq had survived between 2011-2014 without the presence of international troops, the prime minister said.

The Islamic State terror organisation – which the international coalition had been set up to fight – is now much “weaker” according to Abdel-Mahdi.

Abdel-Mahdi confirmed he received a message from the United States on Monday that included a “clear” reference to the “withdrawal” of troops, but it turned out to be a wrong message.

The message, published by Iraqi media, was talking about redeployment of the international coalition’s troops that was widely interpreted as a withdrawal announcement.

US Secretary of Defence Mark Esper then denied any intention to withdraw troops from Iraq.

Iraq tried to verify the authenticity of the letter, the Iraqi official said.

He said the fact that “the Arabic translation of one of the paragraphs was contrary to the English text” drew his attention.

Subsequently, the US administration sent a new letter that coincided with the original language, he continued.

The Iraqi parliament passed a resolution on Sunday asking the government to end the presence of foreign troops on Iraqi soil.

The resolution came a few hours after the international coalition announced it would suspend training of the support for Iraqi troops to focus on the protection of the US bases in Iraq.

The North Atlantic Treaty Organisation (NATO) announced on Tuesday the partial temporary redeployment of its troops to other positions in and outside the Arab country.

The move came after the alliance decided on Saturday to temporarily suspend its training of Iraqi army and security forces.

“We are taking the necessary preventive measures to protect our personnel. This includes the temporary repositioning of part of our personnel to different locations in and outside Iraq,” a source inside the alliance told Efe.

NATO said it maintains its presence in the country.

The organisation did not provide more details to “to protect the safety of personnel on the ground.” 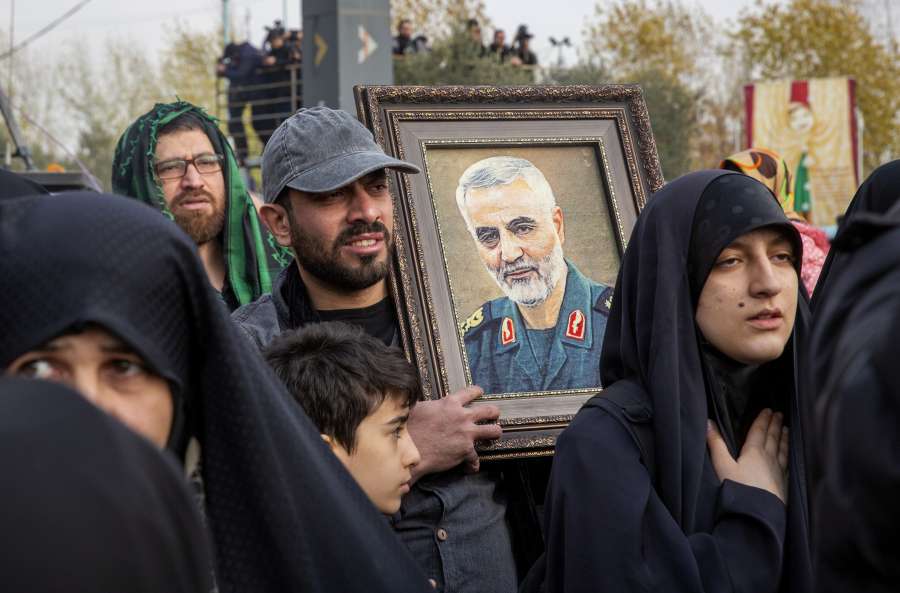 During a phone conversation with Stoltenberg, Abdel-Mahdi insisted on “the position of the Iraqi government and Parliament on the presence of foreign forces and their withdrawal from Iraq, and of maintaining their sovereignty,” the office of the prime minister said in a statement.

He highlighted the importance of collaboration between both parties.

For his part, Stoltenberg said NATO will to resume the training of Iraqi security forces when possible.

The Norwegian politician said allies remain committed to NATO’s mission in Iraq, which is helping to strengthen Iraqi forces and prevent the return of the Islamic State to the territory.

The North Atlantic Council, the highest decision-making body of NATO, held an extraordinary meeting on Monday at the ambassadorial level to address the escalating tensions between Tehran and Washington.

During the meeting, the allies called for moderation and said a new conflict would not interest anyone.

They also urged Iran not to commit further violence and provocations.

Meanwhile, US President Donald Trump said that there are no plans at this time to withdraw American troops from Iraq.

“At some point we want to get out, but this isn’t the right point,” Trump said at the White House, where he was meeting with Greek Prime Minister Kyriakos Mitsotakis. “It’s the worst thing that could happen to Iraq,” he said in remarks to reporters on Tuesday, four days after a US airstrike killed a prominent Iranian military commander in Baghdad and further ratcheted up tensions in the Middle East, Efe news reported.

Trump went on to say that such a move would give Iran even greater influence in the region and that the Iraqi people do not want that.