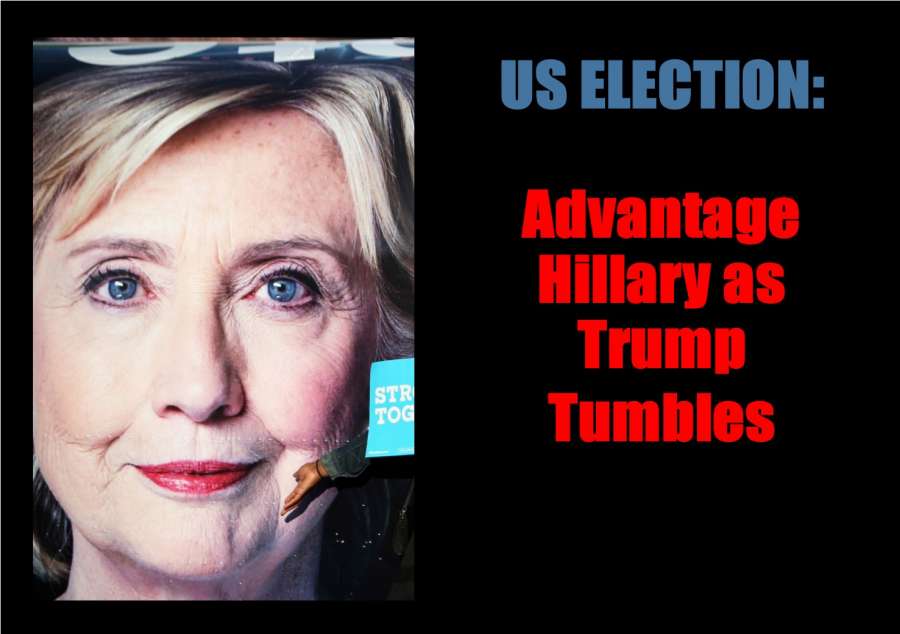 Hillary Clinton and Donald Trump shook hands after ending the nastiest US presidential debate, with CNN indicating the Republican lost with only 34 per cent votes to Clinton’s 57. As the Democrat tried to pin down Trump over his video remarks about groping women, Trump launched a blistering attack against Clinton and her husband during the bitter Sunday night debate in Washington University.

Unlike the first debate, there was no sign of cordiality between the two as they entered the arena with former President and the Democrat’s husband Bill Clinton and the Republican’s wife Melania Trump already seated with their extended families.

The first question was from a teacher in the audience who asked if the two candidates were modelling appropriate behaviour for American children.

Clinton promised to work “with every American” and to be “the president for all Americans”. A cautious Trump said she agreed “with everything she said”.

The explosion came soon after CNN’s Anderson Cooper questioned Trump about the 2005 video leaked by the Washington Post. “You bragged you sexually assualted women — do you understand that?”

Trump tried his best to defend his lewd comments. “No that’s not what I said. This was locker room talk. I am not proud of it.”

He then turned to terrorism and “bad things happening” in the world.

The video leaked on Friday sparked a dramatic rebuke of the billionaire, with dozens of Republican leaders saying he should step aside and let his running mate, Indiana Governor Mike Pence, lead the GOP ticket.

Clinton said Trump “was not fit to be president and commander in chief”.

“We’ve seen him rate women on their appearance, ranking them from one to 10… It’s not only women, it’s not only this video… This is who Donald Trump is.”

Trump then accused Bill Clinton of doing much worse than just talking about sexual assault and targeted Hillary Clinton of harassing a rape victim.

This was hours after Trump made a surprise appearance with women who have in the past accused Bill Clinton of inappropriate sexual advances. The women later joined the audience.

Trump went on to call Hillary Clinton a “devil” and “liar” with “hate in her heart”. But Clinton stayed calm.

Trump also threatened to use the power of the American government to investigate Clinton and jail her over the private email server saga.

“You ought to be ashamed of yourself,” Trump thundered.

Clinton was less dominant than in the first debate and less effective in parrying Trump’s attacks in an encounter far more frosty than their first clash.

Clinton hammered Trump for his treatment of the parents of a Muslim solider killed in Iraq, his disparagement of a judge with Mexican heritage and for his mocking of a disabled New York Times reporter.

The Republican accused her of starting the birther claim and asked her to apologise to President Barack Obama. He also mentioned WikiLeaks’ disclosures of internal emails from Democrats.

Trump appeared hassled by the fact that his rival was getting more time to respond and that the moderators were not bringing up issues related to Clinton.

At one point, Trump insisted that Clinton answer the question about healthcare. He insisted that the Affordable Care Act was too expensive and vowed to repeal it.

On his proposal to ban entry of Muslims into the US, the Republican said: “I don’t want to have hundreds of thousands of people coming in from Syria when we know nothing about their values, their love for our country.”

Replying to a voter’s question, whether the candidates will be a devoted president to all people, Trump spoke about African-Americans, the inner cities and Latinos.

He cited a remark Clinton made, saying that half Trump’s supporters are a “basket of deplorables”. Clinton apologised for the remark.

Trump suggested he would align himself with some of America’s enemies, including Syrian President Bashar al-Assad, to fight the Islamic State.

When Cooper pressed Trump about his early hours Twitter rant against former Miss Universe Alicia Machado, the billionaire deflected and began talking about Clinton and Libya.

He brought up the 2012 attack on the US consulate in Libya, saying Clinton ignored multiple requests for more security from the US ambassador who was killed.

Asked by an undecided voter to find something she admired about Trump, Clinton mentioned his family, who she said had inherited their father’s drive.

Trump admitted to some grudging respect for Clinton’s resilience.

“I will say this about Hillary: She doesn’t quit. She doesn’t give up. I respect that. I tell it like it is. She’s a fighter.”

The debate ended with a handshake that was missing at the outset. In contrast, Bill Clinton and Melania shook hands before the debate started.

According to a CNN/ORC poll, 57 per cent of debate watchers thought Clinton won compared to 34 who thought Trump came out on top.