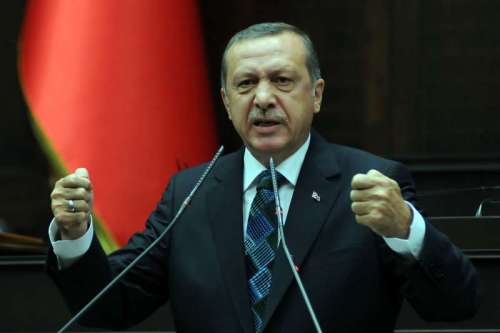 Turkey would lend its support to international military operations against the Islamic State (IS) terrorists if the actions were aimed at bringing stability and long-term peace in the region, Prime Minister Ahmet Davutoglu has said.

“If a military operation, with the prospect of a lasting peace, aims to bring stability to the region, we will support it,” the Turkish premier said here Friday at a meeting of provincial leaders of the ruling Islamist-oriented AKP.

“But if a focus of short-term solutions with measures meant only to satisfy public opinion is adopted, we will openly express our reservations about it,” Davutoglu said.

The prime minister stressed that Turkey can remain a bulwark of regional stability only if peace was consolidated among its neighbours, including Iraq and Syria, where the IS has proclaimed an Islamic caliphate in the territories under its control.

Davutoglu pointed out that the number of Syrian Kurds fleeing into Turkey to escape IS over the last seven days – 160,335 – exceeds the “total number of refugees who have arrived in Europe during the last three years”.

IS fighters are besieging the Syrian Kurdish city of Kobani, located close to the border with Turkey, where the militants have been encountering fierce resistance from Kurdish militias.

US Secretary of State John Kerry announced Tuesday that Turkey had joined the Washington-led international coalition against IS, insisting Ankara “will be at the forefront” of the alliance.

Although Turkish President Recep Tayyip Erdogan has not yet confirmed Kerry’s statement, he welcomed the coalition’s bombing raids Tuesday on IS positions in Syria.

During his stay in New York to attend the UN General Assembly, Erdogan said that Turkey was considering measures of “both military and political” character to deal with the crisis on its border.