UN Chief spokesman Stephane Dujarric said: “We welcome any indication that leaders are walking back from major confrontation, and are doing whatever they can to avoid any further escalation,”…reports Asian Lite News

“We welcome any statement that shows that there is a step away from escalation and from direct confrontation,” said Stephane Dujarric, the spokesman, on Wednesday, when asked whether the secretary-general was encouraged by Trump’s statement, Xinhua news agency reported.

In a televised White House address after Iran launched ballistic missiles at Iraqi bases housing US troops in retaliation for the U.S. killing of Iranian general Qassem Soleimani, Trump said he would impose additional sanctions against Tehran, but also indicated de-escalation.

Trump said in the remarks that “Iran appears to be standing down,” calling it “a good thing” for all parties concerned.

“Finally, to the people and leaders of Iran: We want you to have a future and a great future … and harmony with the nations of the world. The United States is ready to embrace peace with all who seek it,” said Trump.

“Tens of thousands of ISIS (Islamic State) fighters have been killed or captured during my administration. ISIS is a natural enemy of Iran. The destruction of ISIS is good for Iran, and we should work together on this and other shared priorities,” he added.

Dujarric said: “We welcome any indication that leaders are walking back from major confrontation, and are doing whatever they can to avoid any further escalation.” 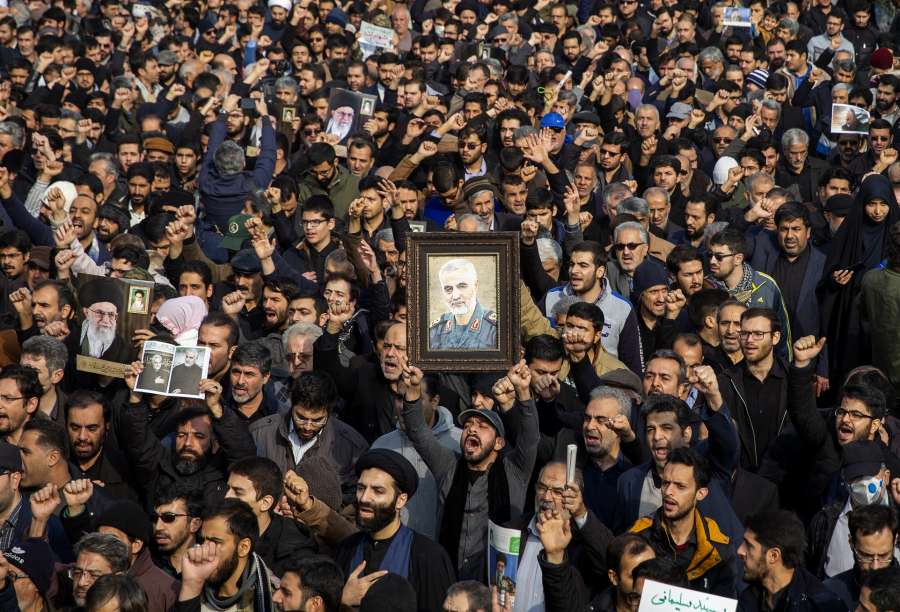 In a statement earlier Wednesday, Dujarric said the UN secretary-general will continue to mediate.

“For his part, the secretary-general will continue his active engagement with relevant actors. It is our common duty to make every effort to avoid a war in the Gulf that the world cannot afford. We must not forget the terrible human suffering caused by war. As always, ordinary people pay the highest price,” he said in the statement.

The US Pentagon on Tuesday confirmed that Iran had launched more than a dozen ballistic missiles against at least two military bases housing US and coalition forces in Iraq. Trump said Wednesday that there were no casualties on the US side.

Iran’s Islamic Revolution Guard Corps claimed responsibility for the missile attacks, saying that they were meant to retaliate the US killing of Soleimani in Iraq.