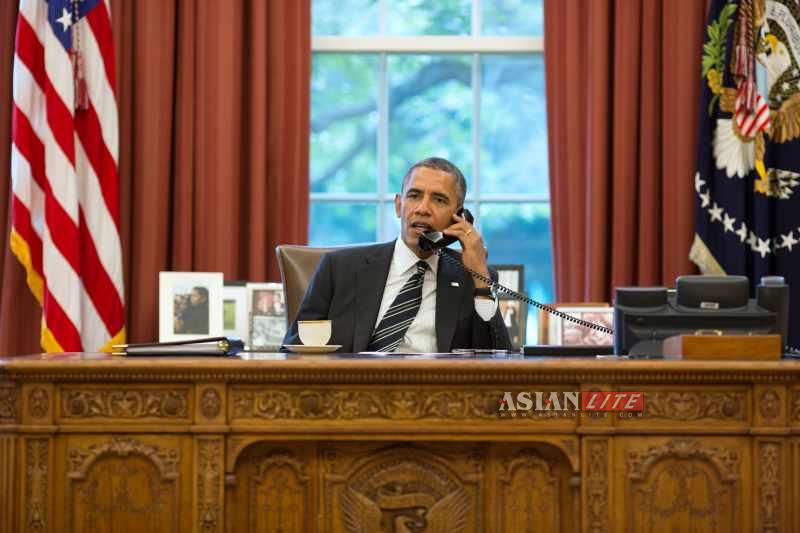 The US defence secretary has accused China of “destabilising” the South China Sea, saying its action threatened the region’s long-term progress, BBC reported.

Chuck Hagel said the US would “not look the other way” when nations ignored international rules.

Mr Hagel was speaking at a three-day summit – the Shangri-La Dialogue in Singapore – that involves the US and South-East Asian countries.

The forum comes amid growing tensions between China, Vietnam and the Philippines, with Japan-China ties also strained over disputed islands in the East China Sea.

The summit gives senior delegates from the region a chance to meet face-to-face to try to resolve tensions.

“In recent months, China has undertaken destabilising, unilateral actions asserting its claims in the South China Sea,” Mr Hagel said in his address on Saturday.

“We firmly oppose any nation’s use of intimidation, coercion, or the threat of force to assert these claims,” he added, referring to the way China has claimed territorial rights over areas of the South China Sea close to Japan, the Philippines and Vietnam.

Mr Hagel said: “All nations of the region, including China, have a choice: to unite, and recommit to a stable regional order, or, to walk away from that commitment and risk the peace and security that has benefited millions of people.”

He said he supported Japan’s offer to play a greater and “more proactive” role in regional security, as promised by Japanese Prime Minister Shinzo Abe during his keynote speech on Friday.

Tensions have flared recently, with China declaring an air defence zone in the East China Sea and adopting a more confrontational stance over the disputed islands in the South China Sea, correspondents say.

They say that although some Asean members will be reluctant to antagonise China because of their economic and political ties, others are likely to welcome an increased role from Japan.

Beijing claims a U-shaped swathe of the South China Sea that covers areas other South-East Asian nations say are their territory.

Turning to recent events in Thailand, Mr Hagel called on the coup authorities to release those it had detained and immediately to hold free and fair elections.

Until this happened, he said, the US would suspend all military assistance and engagement with Bangkok.

His remarks came hours after Thailand’s coup leader Gen Prayuth Chan-ocha said elections would not be held for more than a year, speaking in a televised address.

Gen Prayuth announced a three-phase plan leading up to the new elections, which includes two to three months of reconciliation and a year of drafting a new constitution and reforms.

The US and Thailand have long been allies – and have particularly strong military ties – so this will hurt more than the general condemnation that has been heard since the coup, says the BBC’s Jonah Fisher.

But it is still unlikely to make much difference to Gen Prayuth, our correspondent adds.