The Pentagon confirmed Tuesday that the US forces have captured in a raid “a key figure” suspected behind the September 2012 attacks on the US diplomatic facilities in Libya’s second largest city of Benghazi. 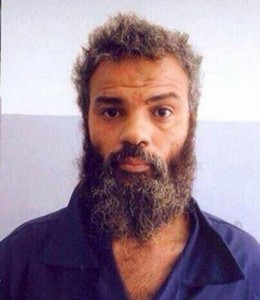 The suspect, Ahmed Abu Khatallah, is in the US custody in a secure location outside of Libya, Xinhua quoted John Kirby, spokesman of the Defense Department, as saying.

There were no civilian casualties related to the operation over the weekend, and all the personnel involved in the operation have safely departed from Libya, Kirby stated.

On Sep 11, 2012, Islamic militants attacked the American diplomatic mission in Benghazi, killing US Ambassador Chris Stevens and three other Americans.

Obama’s statement on the capture of Ahmed Abu Khatallah:

The United States has an unwavering commitment to bring to justice those responsible for harming Americans. Since the deadly attacks on our facilities in Benghazi, I have made it a priority to find and bring to justice those responsible for the deaths of four brave Americans. I recently authorized an operation in Libya to detain an individual charged for his role in these attacks, Ahmed Abu Khattala. The fact that he is now in U.S. custody is a testament to the painstaking efforts of our military, law enforcement, and intelligence personnel. Because of their courage and professionalism, this individual will now face the full weight of the American justice system.Even as we welcome the success of this operation, we also pause to remember the four Americans who gave their lives in Benghazi representing their country: Ambassador Chris Stevens, Sean Smith, Tyrone Woods, and Glen Doherty. As I said shortly after the attack, they exemplified the values that we stand for as a nation, including a commitment to freedom and justice. All Americans should be grateful for their service, just as we are grateful to all our personnel – civilian and military – who represent our country around the globe. We will continue to honor our fallen by carrying on their efforts in support of the Libyan people’s aspirations to live in a peaceful, prosperous, and democratic society.With this operation, the United States has once again demonstrated that we will do whatever it takes to see that justice is done when people harm Americans. We will continue our efforts to bring to justice those who were responsible for the Benghazi attacks. We will remain vigilant against all acts of terrorism, and we will continue to prioritize the protection of our service-members and civilians overseas. We will also sustain our support for the Libyan people, as they work to overcome years of tyranny and do the difficult work of building a democracy.