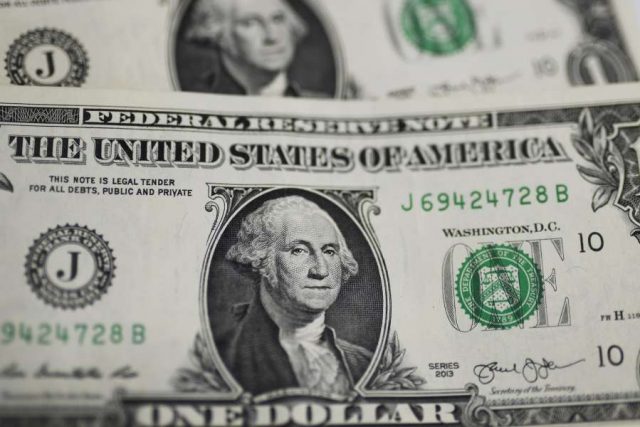 The figures released by the Commerce Department on Friday indicated that the economy grew at a 3.1 per cent annualized rate between January and March this year, and by 2 per cent in the second quarter…reports Asian Lite News

The US economy remained strong despite the slowdown and showed an annual growth rate of 2.1 per cent in the third quarter of 2019, according to the latest government figures.

This is the third and last official calculation of economic activity between July and September, reports Efe news.

The figures released by the Commerce Department on Friday indicated that the economy grew at a 3.1 per cent annualized rate between January and March this year, and by 2 per cent in the second quarter.

Consumer spending, which represents almost two-thirds of the nation’s economic activity, grew between July and September by 3.2 per cent, an improvement over the previous estimate of 2.9 per cent.

The world’s leading economy continues to display its strength, despite the midyear slowdown.

This was particularly true in the labour market, with an unemployment index that remained below 4 per cent, at levels not seen in the past 50 years.

At the same time, inflation began to show signs of a return after months below the annual 2 per cent target set by the US Federal Reserve.

The economy in November registered a year-on-year inflation of 2.1 per cent, the most in a year, after the consumer price index (CPI) increased by 0.3 per cent in that month.

Core inflation, which excludes the prices of food and energy due to their greater volatility, rose 0.2 per cent in November, and stayed the same as in November 2018 at 2.3 per cent.

After three cuts in interest rates to the current range between 1.75 per cent and 1.5 per cent, the Fed decided to leave the price of money unchanged in December.

About these reductions, Fed Chair Jerome Powell said they have helped economic activity stay on course.

In its meeting this month, the Fed noted that some uncertainties have been cleared up and that it aims to maintain its monetary policy through 2020 without modifications.

Despite the Fed’s monetary steadiness, US President Donald Trump again slammed the central bank for being too slow at cutting interest rates.

The President insisted that two rates of interest close to zero per cent should be enacted in order to stimulate economic growth.

Despite its positive progress, the economy is far from keeping the promise Trump made upon his arrival at the White House in 2017 about taking the country to a sustained growth of over 3 percent annually, something that is yet to happen.