For the rest of the world, the great American carnival that is the 2016 presidential race has just started rolling and anyone out of the pack of 22 – five Democrats and 17 Republicans – could end up being the Clown-in-Chief, oops Commander-in-Chief….writes Arun Kumar 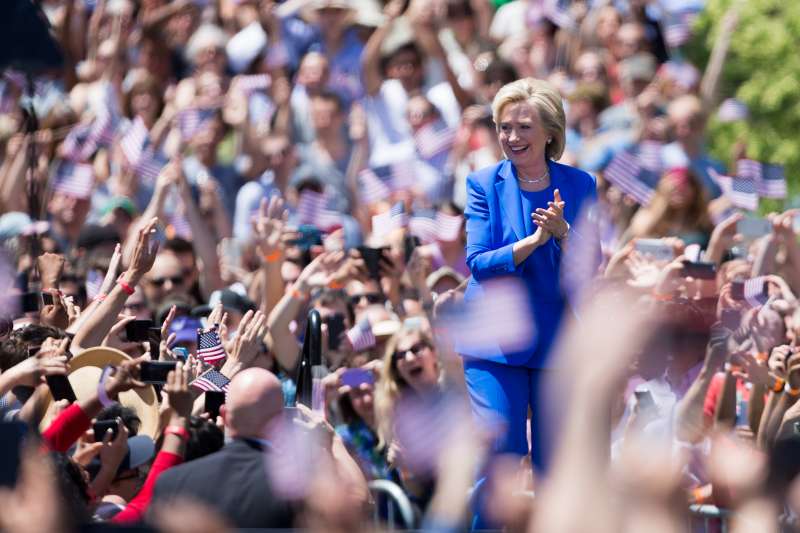 It was turning into a right royal clash of two political dynasties before a balding, grey-haired politician and a businessman with a golden mop on top spoiled the fun – for frontrunners Hillary Clinton and Jeb Bush that is.

For the rest of the world, the great American carnival that is the 2016 presidential race has just started rolling and anyone out of the pack of 22 – five Democrats and 17 Republicans – could end up being the Clown-in-Chief, oops Commander-in-Chief.

Among the Republican 17 is our very own Bobby Jindal, born in Louisiana six months after he travelled from Punjab in his mother’s womb, and who fancying himself as all-American is tired of hyphenated Americans and much else.

A ‘Tanned. Rested. Ready’ Jindal, as his campaign slogan pilfered from the much-despised Richard Nixon, describes him hasn’t gained much traction and continues to languish low in the polls known as he is to less than half the Republican voters.

But proving pundits wrong, nothing would stick to Teflon Trump, who called his detractors accusing him of making ‘lewd’ and misogynistic comments about women as “sick and deviant” and declared he cherished women.

Trump also targeted Bush, son of a president and brother of another, for saying he was “not sure we need half a billion dollars for women’s health issues” and said it was the Republican establishment favourite who owed women an apology.

Other Republican presidential contenders, including Louisiana governor Jindal, tied themselves into knots with pledges to repeal Obamacare, tear up the Iran deal and defund Planned Parenthood, a women’s health organisation.

On the Democratic side, Hillary Clinton once again saw her aura of inevitability threatened as it was in 2008 by a junior senator from Illinois who went on to make history as America’s first African American president.

With questions being raised about her use of a private email server during her time as the secretary of state, self-proclaimed democratic socialist Bernie Sanders overtook Clinton 44 to 37 percent in a new poll in New Hampshire with waves of supporters flocking to his events.

But it’s still early days, and all the official televised debates, nine for Republicans and six for Democrats, and stump speeches the candidates are making are just warming up for the ‘hunger games’ set to begin next February – the caucuses and primaries in every state.

It’s the delegates picked up at these events, starting with the Iowa caucus, where party functionaries choose them, and the New Hampshire primary, where registered voters of a party do so, who will anoint their respective party’s candidate at their conventions in July next year.

There are several other lesser known parties like the Green Party, the Libertarian Party and the Prohibition Party and wary of the Republican party establishment, Trump has not ruled out an independent or third party run if things don’t go his way.

But the debates and campaign stops like the one at Iowa fair where 18 presidential candidates made a “bipartisan stampede” over the weekend do help them raise their profiles and win deep-pocketed donors like the billionaire Koch brothers.

Earlier this month, the Koch brothers organised a conclave of 250 top donors at a luxury resort in southern California to pick the Republican horse they would bet on with plans to spend nearly $900 million. But Trump was not among the “Puppets” who went there “to beg for money etc. from the Koch Brothers,” as he tweeted after the event.

The disrupters’ surge, analysts suggest, has been fuelled by public anger at a dysfunctional Washington establishment.

But the question is whether they would be able to sustain their momentum in the face of the well-oiled and well-heeled Bushes, the Clintons and the Kochs or would it all end up as just a sweet summer fling?