‘”How are you Donald,”  Clinton asks her rival to begin the first presidential debate….reports Asian Lite News

Clinton started the debate by asking Trump: “How are you, Donald?” as the crowd cheered. The first question about putting money back into Americans’ pockets and creating jobs was directed to the former secretary of state and she started her speech by defending the idea to create “an economy for all” and stressed that she intends to do so “by having the wealthy pay their fair share.”

“I also want to see more companies do profit sharing. If you help create the profits, you should be able to share in them, not just the executives at the top,” and stressed that “the central question in this election is really what kind of country we want to be in.”

Clinton insisted she would work to achieve equal pay between men and women, paid paternity leave and debt-free college.

Clinton accused her rival for being one of the real estate tycoons who benefited from the economic crisis that hit the country in 2008.

Trump went on to say that China and Mexico were “stealing” American business and jobs. 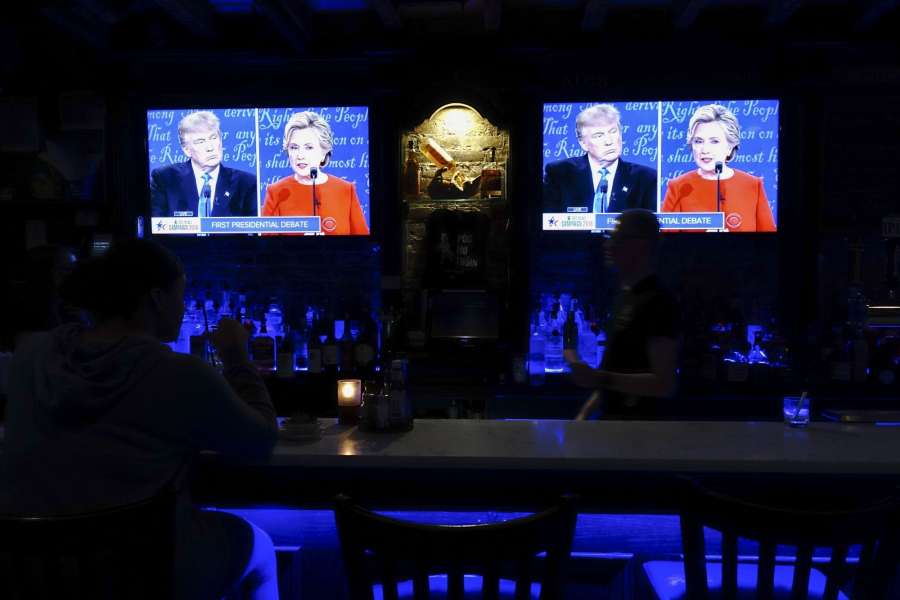 “We have to stop our jobs from being stolen from us, we have to stop companies from leaving the United States,” he said, reiterating his proposal to impose taxes on companies that move from the US to other countries and then seek to sell their products in the US.

The magnate reiterated his rejection of the North American Free Trade Agreement (NAFTA) that came into force in 1994, which he considered the “the worst thing” for the manufacturing industry in the US.

One of the longest exchanges came not on tax policy – but Trump’s refusal to release his taxes, breaking decades of precedent for presidential candidates.

Trump responded by saying that he would release his taxes when Clinton made public 33,000 emails that were deleted from her private email server while she served as the secretary of state from 2009 to 2013.

She admitted that it was a “mistake” to use the private server.

When the debate turned to racial issues and crime, Clinton said that it was important for police to work together with local communities to restore trust.

Trump accused Clinton of refusing to say the phrase “law and order” and bemoaned the state of inner cities. He said that African-Americans and Hispanics were “living in hell”.

Clinton rebuked Trump for painting “such a dire picture” of black communities.

Trump also blamed Clinton for the the rise of the IS by noting the Democrat had laid out some of her plans on her website.

“You’re telling the enemy everything you want to do,” Trump said as Clinton shook her head in amusement. “No wonder you’ve been fighting IS your entire adult life.”

However, one of the most powerful moments of the debate came when the conversation focused on the “birther” issue following Trump’s recent acknowledgment that President Barack Obama was born in the US — a fact that has been evident for years.

“You treated him with terrible disrespect and I watch the way you talk now about how lovely everything is, … it doesn’t work that way,” he said.

Moderator Holt in the final question of the night asked both Trump and Clinton if they would accept the will of the voters on Election Day, NBC News reported.

Clinton said, “Sometimes you win, sometimes you lose, but I certainly will support the outcome of this election.”

Trump pointed that he would “want to make America great again. We are a nation that is seriously troubled … If she wins, I will absolutely support it.”

According to the latest CNN Poll of Polls released on Monday showed Clinton and Trump neck-and-neck 44 per cent to 42 per cent.

This was the 20th US presidential debate and was organised by the Commission on Presidential Debates, a non-governmental organisation.