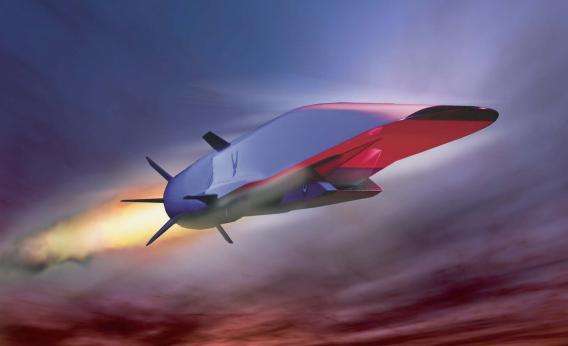 Giving more teeth to its combat prowess, the US military is reportedly developing a hypersonic jet plane that could soar at up to five times the speed of sound….reports Asian Lite News.

The jet will be faster than a bullet, which generally travels at Mach 2, or twice the speed of sound.

The unmanned Waverider reached a top speed of Mach 5.1 (more than five times the speed of sound) in just over six minutes.

The US Air Force officials said the flight was the longest-ever for a hypersonic vehicle of its kind.

“X-51 was really a proof of concept test. It showed that you could get a scram jet engine, launch it off an aircraft and it could go hypersonic,” Mica Endsley, the Air Force’s chief scientist was quoted as saying in Military.com.

“It was able to go more than Mach 5 until it ran out of fuel. It was a very successful test of an airborne hypersonic weapons system,” Endslay said.

Now, the engineers in the Air Force and the Defense Advanced Research Project Agency (DARPA) are taking into account materials that can work well at hypersonic speeds and guidance systems that are smart enough to point the plane in the right direction quickly.

DARPA is working on multiple projects to study the capabilities of hypersonic flight.

Last year, DARPA announced it would continue with its Experimental Spaceplane (XS-1) programme.

This was an initiative to develop a military space plane to launch small satellites into orbit.