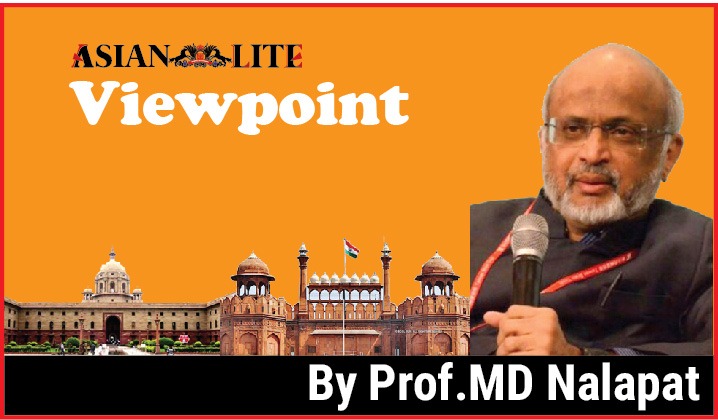 While China and Russia are daily bashed up in newspapers published from the US and Europe for their authoritarian ways, far fewer mentions get made of the situation inside the country which has the largest penal population in the world, the “Land of the Brave and the Free”, otherwise named the United States of America. Richard Nixon managed to get the South Vietnamese to delay hopes of a peace settlement with North Vietnam, thereby dooming the hopes of Democratic Party nominee Hubert Horatio Humphrey to be the 37th President of the US.

From Nixon’s time in office, the humanism that was a characteristic of policy since the days of Franklin Delano Roosevelt began to melt away, being replaced by an underlay of elite cruelty masquerading as public interest. The Chinese take pride in the 1934-35 Long March by Mao and his weary troops to escape the KMT. Nixon began the long march towards the US becoming a penal colony for millions of citizens who were born into the wrong income group or colour. This transformation was not interrupted by Jimmy Carter and was given additional oxygen under Ronald Reagan. The latter’s defeat of the incumbent President was assisted by Ayatollah Khomenei refusing to free the hostages captured from the US embassy under the gaze of the unforgiving cleric soon after the Shah of Iran was toppled. They were released on the day Reagan was sworn in as the 40th US President, and in the Reagan administration’s Iran-Contra deal, part of that debt got repaid.

The South Vietnamese generals Ky and Thieu, who went along with the Nixon campaign’s plan to sabotage intra-Vietnam peace talks till election day, were rewarded with repeated efforts by Nixon and Kissinger to bomb the North Vietnamese into giving up their push towards unification, efforts that were a failure except in sending hundreds of thousands of innocents to their deaths before Nixon and Kissinger gave up, proclaimed victory and fled from Saigon in 1975. Much the way President Trump apparently hopes to do in Afghanistan, now that he has embraced the Bush-Cheney policy of relying on GHQ Rawalpindi, this time for an orderly exodus from the country. Given that Pakistan is now locked into the Sino-Russian alliance, this is unlikely to happen.

Humiliation of the US in Afghanistan the way the USSR was in the 1980s would be a precious gift that General Bajwa can present to the leadership in Beijing, one that would almost make worthwhile the immense investment by China in that “White Dragon” (for the outlays on the scheme are way more than merely elephantine), the CPEC. Meanwhile, another precious gift to Xi is well on the way towards finalisation, which is the setting up of S-400 systems across India that will serve as a 24/7 surveillance mechanism to keep track of flying objects over and close to India’s skies. The data will of course be accessed by India’s trusted friends in Moscow, given that the Lutyens Zone seems not to see that the Russian Federation and its geopolitical linkages may not be the same as were those of the USSR, for whom the PRC was an adversary, as was Pakistan.

Given the chemistry of governance in Russia, its congruence with China is already substantial, and has become greater in a context where it would be the death-knell of post-1945 Europe were Moscow to be admitted into the Atlanticist club. Such understandable antipathy of Berlin, London and Paris towards admission of Moscow as a (hugely larger and potentially far more consequential) member of the “European family” was for long not comprehended in St Petersburg, but during the past decade of the Putin era, has  been, although perhaps not yet by Dmitry Medvedev, still the Great Russian Hope of the Atlanticists as a worthy successor to Mikhail Gorbachev and Boris Yeltsin, should Purin falter at the wheel.

The US will be unable to call out the Sino-Russian alliance for its authoritarian ways unless the country removes the discriminatory and unjust features in its own systems of punishment and healthcare. In any other country in the world, being a millionaire would be sufficient to ensure the best healthcare. In the US, a million will not go far in several treatments, as indeed is the situation in the justice system. Bill Clinton did much damage to the African-American community through draconian changes in the legal system and in the manner he immunized greed and extortion by Wall Street.

Amazingly, the Clintons are vote-getters within the African-American community, as is Joe Biden, who went along with all of Clinton’s moves to hound black Americans and let loose the billionaires to feast on the unwary the way they did in the years just before the Crash of 1929. Both Clinton and Bush were responsible for the 2008 crash, although it was Barack Obama who had to pick up the pieces afterwards, ignoring the poor while assisting the wealthy through his first term. Neither Trump nor Biden will be able to halt anarchy in the streets unless they walk away from the toxic policymaking legacy of the 1970s onwards and return to Rooseveltian humanism.

Also Read – What can India do about China?