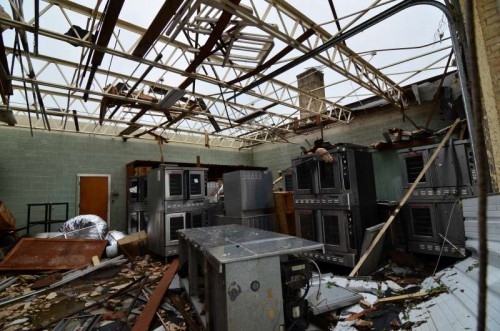 The toll has risen to 16 after three days of intense storms and floods in the US states of Texas and Oklahoma, Efe news agency reported.

Authorities expect the figure to rise, as dozen other people are listed as missing.

Authorities reported 10 people dead in Texas, four of them after flooding in Houston on Tuesday followed a night of incessant rain.

Houston Mayor Annise Parker said that around 2,500 people abandoned vehicles because of flooding and that authorities rescued more than 500 people overnight.

In Hays county, another severely affected region in Texas, the Office of Emergency Management reported two people killed in flooding from the Blanco river, while rescue teams continued searching for more than 10 others.

Among the missing is a family whose caravan was swept away in flood waters before colliding with a bridge.

On Tuesday, US President Barack Obama promised federal support for damages from the storm.

Authorities in Oklahoma have reported six people dead after tornadoes, storms and floods.