A Taliban spokesperson, Emran Khalil, wrote on his Twitter page that the two sides discussed the issues related to the “signing of the agreement and withdrawal mechanism of foreign troops” from Afghanistan…reports Asian Lite News

The Taliban and the US have resumed their talks that are expected to continue for “several days” in the Qatari capital of Doha for finalizing an arrangement to sign a possible Afghanistan peace deal, the militant group said on Friday.

“They held talks about the signing of the agreement and its related ceremony,” Mujahid said, adding that the fresh round of talks has been “productive” and would continue for “several days”.

Another Taliban spokesperson, Emran Khalil, wrote on his Twitter page that the two sides discussed the issues related to the “signing of the agreement and withdrawal mechanism of foreign troops” from Afghanistan.

Khalil said there were no changes in the draft peace deal that was “completed” last September.

“Hopefully, the date for the signing of the deal (will) be revealed soon.”

However, the spokesmen didn’t mention about a ceasefire or a possibility of Taliban scaling down its violent activities, which have been among the main demands of the Afghans, particularly of the government in Kabul before a peace deal is signed between the US and the insurgents.

On Thursday, Pakistan said the Taliban were ready to reduce violence for a breakthrough in the Afghan peace process.

On December 30, 2019, Mujahid denied any possibility of a ceasefire, but said they were discussing the reduction in violent activities after the US asked for it.

The new talks began earlier this week after a month-long break since the two sides paused the negotiations for internal consultations on December 12, 2019.

The Taliban and the US resumed the negotiations on December 7 following a three-month stalemate after President Donald Trump abruptly called off the talks in September over a deadly attack in Kabul that also killed an American soldier.

A possible US-Taliban agreement is expected to pave the way for intra-Afghan peace talks between the Taliban and the government of President Ashraf Ghani.

The Taliban have for long rejected to hold any official and direct talks with the Afghan government before it reaches an agreement with the US on its troop withdrawal from the country. 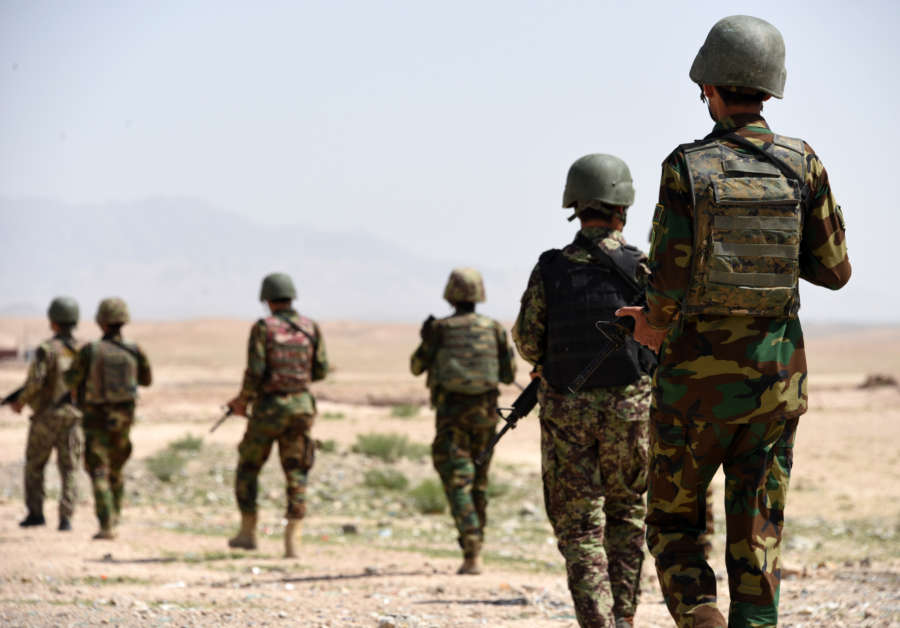 The US and Taliban negotiators during a yearlong nine rounds of talks were said to have completed a peace draft agreement last September.

The draft agreement ensures that over 5,000 US troops will withdraw from five American bases in the first 135 days after the signing of the deal.

Since the end of the NATO combat mission in January 2015, the US maintains one contingent within the framework of the new allied mission of advising Afghan troops and another for “anti-terrorist” operations.